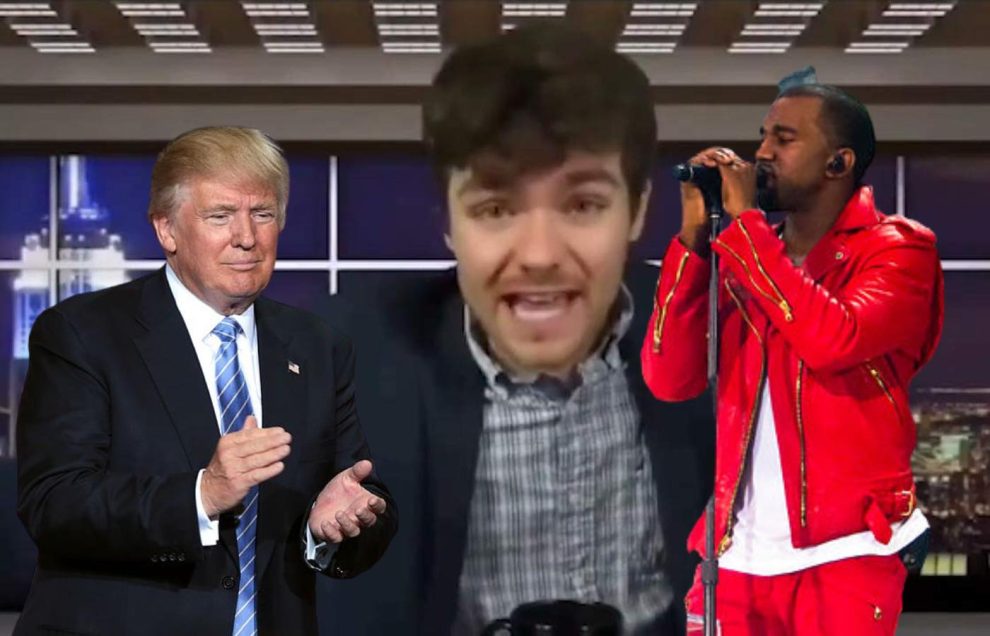 A resolutely unapologetic Kanye West continued his antisemitic streak over the weekend, doubling down on his past smears of Jewish people and opening a live-stream event for Holocaust denier Nick Fuentes.

The billionaire rapper and fashion mogul is coming off an especially tumultuous few days during which he announced he will run for president in 2024. He also met with former President Donald Trump at Mar-a-Lago — a meeting that ended with Trump publicly calling West a “seriously troubled man.”

West spoke to the press briefly Saturday, refusing to back down on his past comments villainizing all Jewish people and particularly Jewish businessmen.

“It’s not OK,” he said. “We’ve now seen everything that happens if you speak up on these contracts and you speak up on all of the dealings that have been done and you point this stuff out — they try to destroy me.”

West seemed to be referring to his past comments about Josh and Jared Kushner that he made during an interview with Fox News’ Tucker Carlson in October. During the interview, West accused the brothers of engaging in shady business practices regarding Skims, the clothing line owned by West’s former wife Kim Kardashian.

He also appeared to echo his past criticism of Hollywood record label contracts that he has argued are unfair to black artists.

Since his Tucker Carlson interview, West has made a string of antisemitic comments, including threatening to go “death con [sic] 3 on JEWISH PEOPLE” and claiming that the “Jewish people have owned the black voice.”

On Saturday, West told reporters that he is “one of the most forgiving people” before adding, “I can’t hate anyone.”

West provided the introduction for Nick Fuentes’ livestream on Saturday, saying in a brief video message: “I’m Ye. Welcome to ‘America First.’ We’ve got a great show for you tonight,” he said.

In 2019, a clip emerged of Fuentes denying the Holocaust. Fuentes has also called Donald Trump’s disavowal of white supremacy “totally wrong and a big mistake.”

West has grown increasingly close to Fuentes in recent weeks. As Breitbart News reported, West brought Fuentes to his meeting with President Trump at Mar-a-Lago this weekend.

Trump’s campaign provided Breitbart News with a statement from President Trump: “Kanye West very much wanted to visit Mar-a-Lago. Our dinner meeting was intended to be Kanye and me only, but he arrived with a guest whom I had never met and knew nothing about.”

In the wake of his antisemitic rants, Kanye West has lost business deals and relationships with a long list of corporate partners including Adidas, Foot Locker, Balenciaga, Vogue magazine, and Hollywood mega-talent agency CAA. West claimed he lost $2 billion in one day as a result of the lost deals.