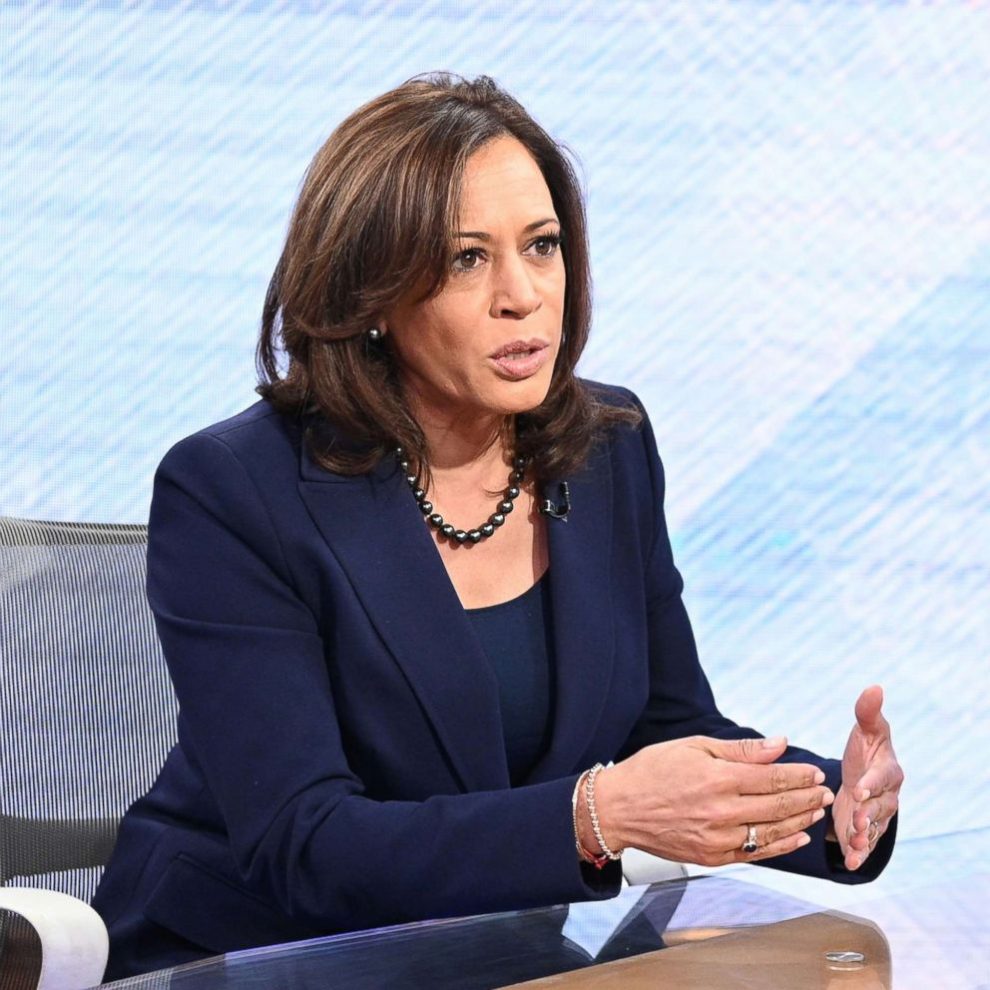 We’ve covered Kamala Harris and her propensity to go into incomprehensible word salads. She had one earlier this week about Jamaica that was 50 shades of painful to watch.

Now, you would think that if she’s questioned by MSNBC’s Joy Reid, she couldn’t get a host that would bend over more to offer her up softball questions and do what she could to make Harris look good. So, she should have a very easy time of it.

Reid even got a lift on Air Force 2, so everything ought to have been in place for a cushy interview.

WATCH: @JoyAnnReid travels to to Greenville, Mississippi and boards Air Force Two for her *exclusive* interview with Vice President Kamala Harris–airing TONIGHT on @thereidout! Be sure to tune in at 7 pm ET this Friday evening on @MSNBC. You don't want to miss it, #reiders! pic.twitter.com/EP35QvDiUZ

Yet, still, even with all that, Harris seemed plagued by the inability to say things without falling into a word salad. Kamala started out talking about why she was in Greenville, Mississippi, and even Joy Reid seemed to have a quizzical look at her answer.

KAMALA HARRIS: "So I am here because this is a community in the Mississippi Delta that has a long history of being part of America's history, um, including having the needs that should be met…" pic.twitter.com/DZgDFSXdYO

“So, I am here because this is a community in the Mississippi Delta that has a long history of being part of America’s history, um, including having the needs that should be met,” Harris said.

Reid then asked if she backed regime change in Russia.

Now, the simple answer should be that the U.S. doesn’t have a policy of regime change; we have a position that Vladimir Putin needs to stop his aggression in Ukraine. That’s what we’re working to stop now. Especially after Biden’s horrible responses on the question, you would think that Kamala has had more than enough time to get it right. But no such luck. This is a train wreck of a non-answer; it goes so off the rails into other areas, she ends up in the next county.

She even says there will be “serious consequence for Vladimir Putin.”

Harris then bragged about all the places she’s been since last summer, when she groused that she hadn’t been to Europe. But did you notice one place that she still really hasn’t been yet?

KAMALA HARRIS: "I've been to Poland. I was in Romania — I've been to Europe, I think, probably at least three times in the last four months. I was in Munich, Germany … I was in France before that."

She's been everywhere except the southern border. pic.twitter.com/tWAV3k32Pg

The actual physical border — you know the thing that has to do with that alleged job she was supposed to have.

Reid then asked about sanctions and Vladimir Putin, asking if the sanctions should continue while Putin is the dictator of Russia? But because Joe Biden has made such a mess of it with his remarks about sanctions, it’s turned what should be simple into a minefield.

"Should those sanctions continue as long as Vladimir Putin is the dictator of Russia?"

KAMALA HARRIS: "Well, I'm not gonna speculate about the future. I'm gonna tell you where we are now." pic.twitter.com/RmgvHinJLK

“I’m going to tell you where we are now. They are intact and we will continue to upgrade them and make them so–more severe as appropriate.”

Again, she sort of avoids the point of Reid’s question — sanctions while Putin is still in office — and offers up something that says nothing. But didn’t Joe Biden just spend a lot of time telling us that sanctions don’t deter anything? That was after he said they would deter Putin. So someone is going to have to explain why they have sanctions, if he doesn’t think they deter anything?

BIDEN, JAN 19: Sanctions will deter Putin because "he's never seen sanctions like the ones I promised"

BIDEN, FEB 24: “No one expected the sanctions to prevent anything from happening"

Kamala Harris in February: "The purpose of the sanctions has always been and continues to be deterrence." pic.twitter.com/F0fccsFYnJ

She ultimately does get around to saying we’re not for regime change but it takes her a country mile to get there.

These answers are painful to watch from Harris, when we see someone with such issues in the position of representing our country. Particularly when we know we don’t have a competent person in the office above her, and she’s supposed to be the back-up. It’s why Americans — when asked — don’t have a lot of confidence in either Joe Biden or Kamala Harris, and why six in 10 voters find either one or both of them incompetent.