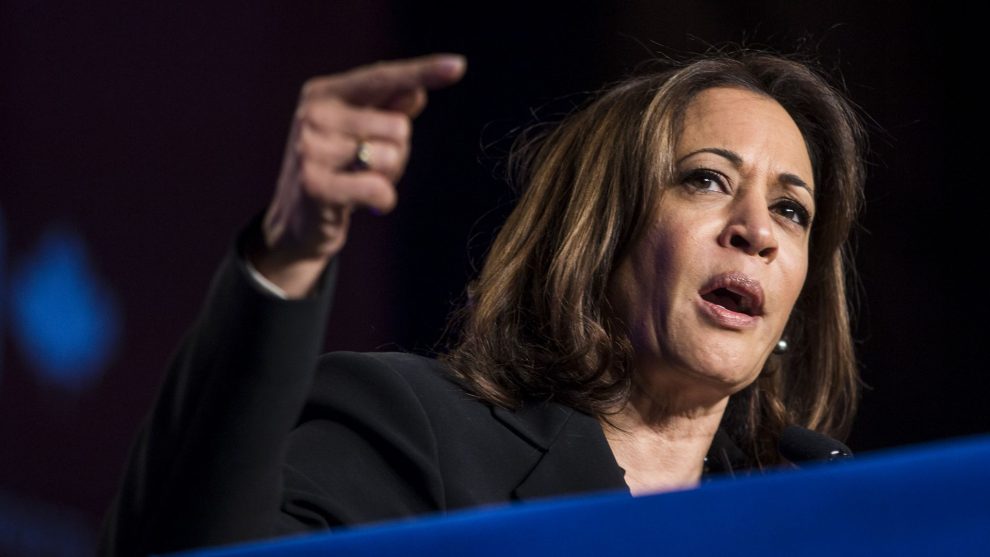 Appearing at a forum hosted by a left-wing political organization and a Democrat-aligned labor union, California Senator and presidential candidate Kamala Harris insisted that the 2017 tax reform law must be repealed in its entirety.  Just in case there was any ambiguity on this point, she repeated her position for a second time.  Via the Washington Post’s Dave Weigel:

Twice, Harris has said she wants to repeal the entire 2017 bill. But @greenhousenyt's Q was about whether she'd want to legislatively limit corporate stock buybacks — she hasn't really answered. (There is a robust debate on the left about banning those buybacks.)

Harris wasn’t alone in espousing this view, Politico reports: “Nearly every Democratic candidate has vowed to roll back Trump’s 2017 tax reform legislation, which they say unfairly benefits corporations and top earners.”  Democrats have relentlessly attacked the tax reform law as a giveaway to the rich and corporations, pretending that it screws over middle-income and working class Americans.  They’ve repeated this mantra so often, with minimal fact-based pushback from the media, that they’ve managed to convince most Americans that they did not receive a tax cut in 2018.  The data shows that more than 80 percent of the country did, in fact, receive a tax cut, including more than 90 percent of the middle class.  Democratic propaganda may have been effective, but it’s also come with a political downside: Because their politicians and their base seem to have internalized a sweeping falsehood as reality, they’re vulnerable to potent attacks over ideas like Harris’ repeal push.


Claim Your FREE Bullet Bottle Opener While Supplies Last
Reversing the GOP-passed law would result in a significant tax increase for nearly every middle class family in America.  If many voters are confused or ambivalent on the impact tax reform had on their personal finances — thanks to the aforementioned deliberate disinformation campaign (read this shot and chaser as an example) — their minds will focus rather quickly if and when Democrats try to take away the tax cuts they’ve received, and from which they’ve benefited.  We’ve learned over and over again that it’s hard to rescind benefits or policy advantages once they’ve been implemented.  And raising taxes on virtually all middle-income families and earners is politically toxic — yet that’s precisely what Harris is proposing.  Of course, massive tax increases on working Americans is an inevitable consequence of her wildly fantastical agenda.  Republicans should try to get as many Democratic 2020 hopefuls on the record in favor of this idea as possible.  They’re walking into a trap set by their own bogus talking points.
See also  Salman Rushdie Reportedly on Ventilator After Stabbing Attack

As for the cheap attack about ‘tax giveaways to corporations,’ remember that reducing the US corporate tax rate was so badly needed that even President Obama supported it, albeit at a different level.  The new law brought the corporate rate in alignment with the approximate OECD average, down from one of the very highest in the industrialized world.  This new level of competitiveness has helped fuel a strong economy, featuring historically-low unemployment.  The first quarter GDP’s growth rate of 3.2 percent surprised experts, who’d expected a slower expansion.  Correlation and causation are not synonymous, but it’s hard to argue there’s no causal effect here:

GDP now averaging over 3% for the 5 quarters since #taxreform. https://t.co/K2cspnUdHy

It’s unclear how sustainable the current positive trajectory is, but pro-growth tax reform has unquestionably fostered, well, growth since its passage.  Democrats like Harris would not only roll back middle class benefits by raising their taxes, they’re gunning to undo the policy progress that has led to robust employment and GDP growth.  I’ll leave you with Harris explaining how she’d like to turn back the clock by banning ‘right to work’ laws, which grant workers the freedom to be hired without union membership as a precondition for employment.  Thanks to these pro-worker laws and pro-liberty court decisions, many workers have voted with their feet, choosing their own self-interest over the partisan interests of union bosses.  This has harmed unions, of course, so Democrats want to go backwards and remove safeguards against the coercion of their Big Labor political allies.  They’re the anti-choice party, except when it comes to third-trimester abortion radicalism: