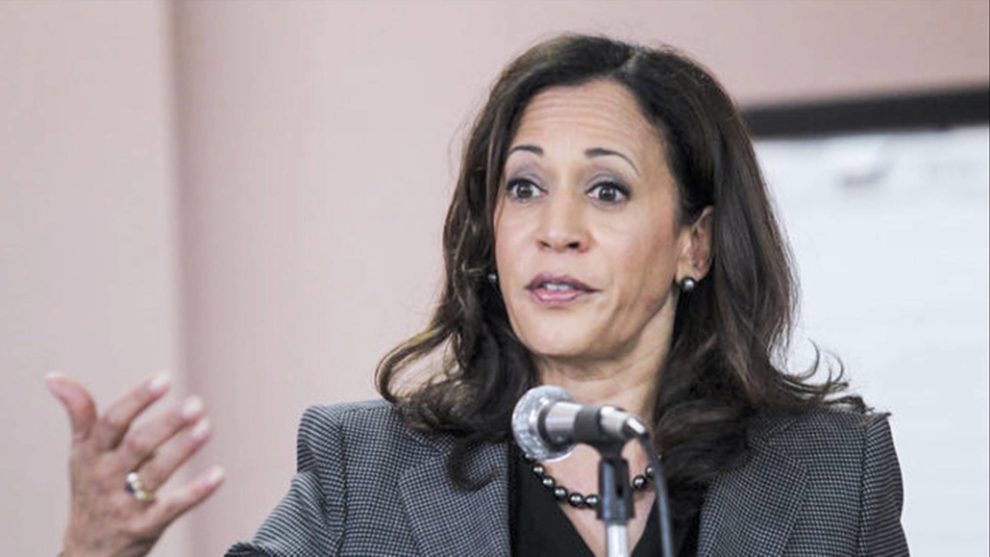 “If Russia and Vladimir Putin violate the sovereignty and territorial integrity of Ukraine there’s going to be serious consequences, and we’re very clear about that,” Harris told the Milwaukee Journal Sentinel on Monday.

Harris’ comment is the highest level response from the administration on the escalating tensions in Ukraine since President Joe Biden commented on the issue last week.

Biden raised the alarm in Ukraine after he suggested it was a foregone conclusion that Putin would act in some way to challenge the nation’s territorial boundaries.

“My guess is he will move in, he has to do something,” Biden said at his press conference on Wednesday.

Despite the administration’s efforts to clean up Biden’s comments, Ukrainian leaders have expressed their outrage by Biden’s handling of the crisis.

Ukraine on Monday dismissed the Biden State Department's withdrawal of the families of U.S. embassy staff in Kyiv as "premature." https://t.co/6nyqLuyAi7

News of the State Department ordering family members of embassy staff in Ukraine to leave the country only further signaled the United States was preparing for inevitable hostilities.

“Quite frankly these Americans are safer in Kyiv than they are in Los Angeles…or any other crime-ridden city in the US,” the source said.

The president refused to answer questions from reporters on Ukraine on Monday, during an event on the administration’s struggle to address inflation.

The White House said Biden participated in a video call with European leaders on the issue of Ukraine and discussed “joint efforts to deter further Russian aggression against Ukraine.”