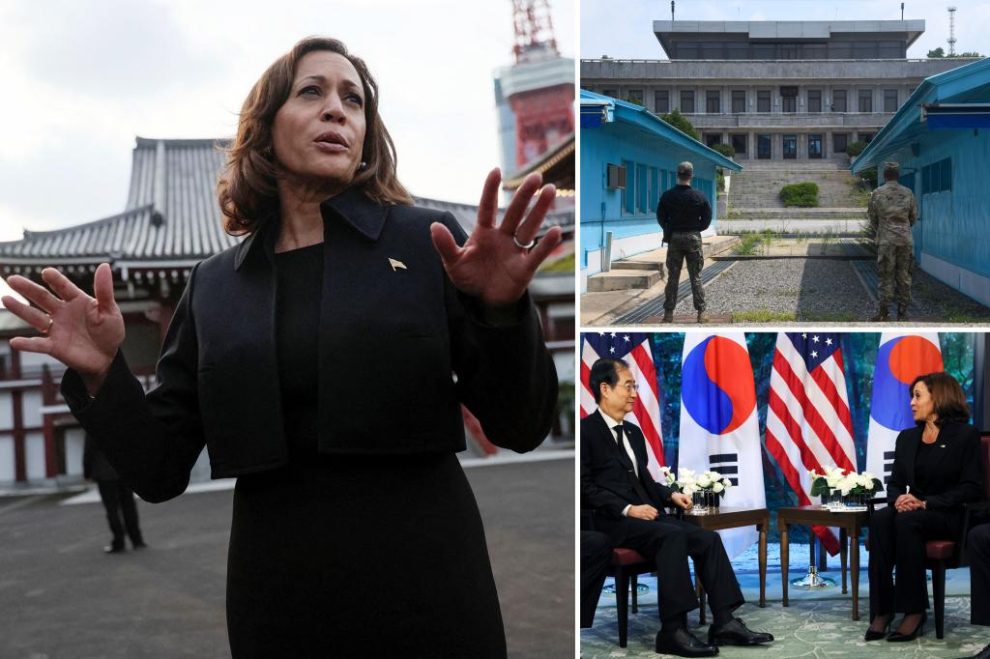 Vice President Kamala Harris, the Biden administration’s southern border czar, will be visiting a contentious border spot this week — on the other side of the world.

Harris will travel to the Demilitarized Zone (DMZ) between North Korea and South Korea Thursday where she will “tour sites at the DMZ, meet with service members and receive an operational briefing from U.S. commanders,” the White House confirmed. The vice president’s scheduled trip to the DMZ will follow her Tuesday meeting with South Korean Prime Minister Han Duck-soo.

“Your visit to the DMZ and Seoul will be very symbolic demonstrations of your strong commitments to the security and peace to Korean Peninsula, and we are working with you and U.S. in dealing with North Korea,” Han told Harris at the bilateral meeting.

According to the White House, Harris’ trip to South Korea affirms America’s commitment to its relationship with the country after North Korean dictator Kim Jong Un’s puppet parliament passed a law allowing the leader to fire a preemptive nuclear attack. North Korea’s new law also ensures that the country will “automatically and immediately” retaliate with nuclear weapons if Kim is killed in an attack.

The trip to the Korean border also comes as the Biden administration faces intensifying backlash for the crisis on its own border. The vice president has been criticized for seemingly ignoring the crisis after being tapped as the border czar in March 2021. Harris’ first and only trip to the U.S.-Mexico border came in June of last year.

In an interview with MSNBC’s Chuck Todd Earlier this month, the vice president claimed, “We have a secure border,” but then explained that “there are still a lot of problems that we are trying to fix given the deterioration that happened over the last four years,” in an apparent attempt to blame-shift the border crisis onto the Trump administration. In reality, Harris has seen a record two million border encounters in the past fiscal year alone.

In her interview with Todd, Harris also called on Congress to grant amnesty to the millions of illegal immigrants in the country.

“I think that there is no question that we have to do what the president and I asked Congress to do. The first request we made, pass a bill to create a pathway to citizenship,” Harris said. “The border is secure, but we also have a broken immigration system, in particular over the last four years before we came in, and it needs to be fixed.”

"We’re gonna have 2 million people cross this border for the first time ever." Chuck Todd doesn't appear to buy VP Harris' claim that the border is secure. pic.twitter.com/7K6Txsxc0Z