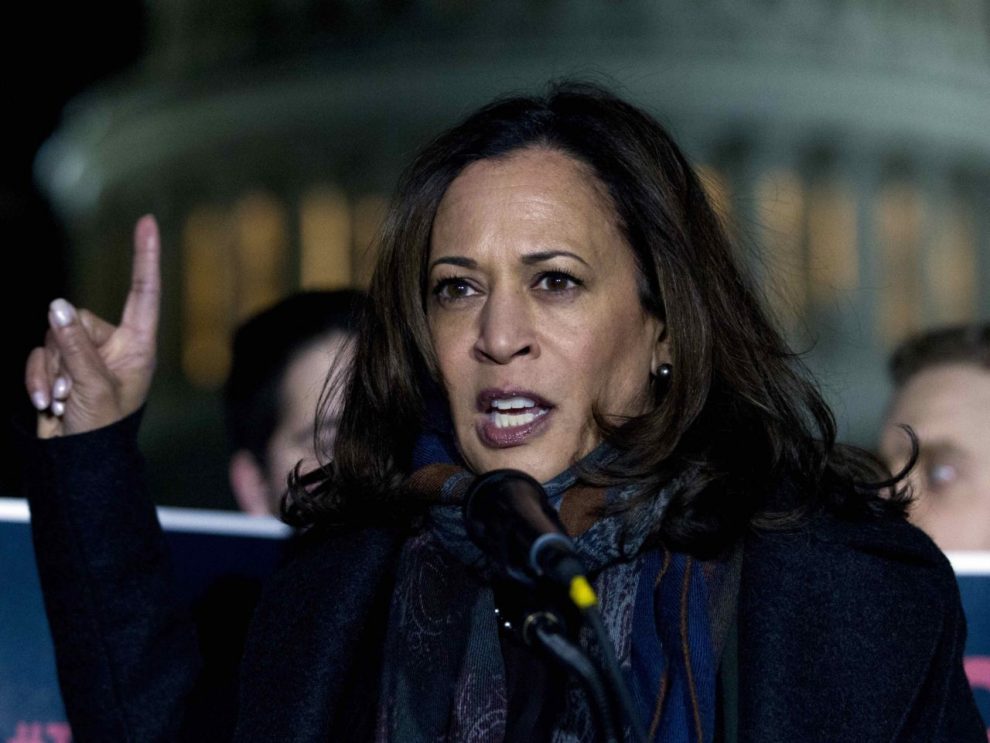 President Joe Biden on Inauguration Day: “I’m not joking when I say this: If you’re ever working with me and I hear you treat another colleague with disrespect or talk down to someone, I promise you, I will fire you on the spot — on the spot. No ifs, ands or buts.”

Vice President Kamala Harris’ senior adviser and chief spokeswoman Symone Sanders, after a Politico report Wednesday where numerous staffers and officials described a toxic atmosphere in the vice president’s office: “We are not making rainbows and bunnies all day.”

According to the report, authored by Christopher Cadelago, Daniel Lippman and Eugene Daniels, “22 current and former vice presidential aides, administration officials and associates of Harris and Biden” interviewed for the story described a poisonous atmosphere in the office of the vice president.

Much of the criticism was directed at Tina Flournoy, Harris’ chief of staff.

“Aides and allies said Flournoy, in an apparent effort to protect Harris, has instead created an insular environment where ideas are ignored or met with harsh dismissals and decisions are dragged out,” Politico reported. “Often, they said, she refuses to take responsibility for delicate issues and blames staffers for the negative results that ensue.”

However, two unnamed officials in the Biden administration blamed Harris herself for some of the alleged dysfunction.

“It all starts at the top,” one official said.

A prime example, the report states, came when Harris announced her trip to the southern border last week — a decision that apparently left some staffers “blindsided.”

“For days, aides and outside allies had been calling and texting with each other about the political fallout that a potential trip would entail,” the report notes. “But when it became known that she was going to El Paso, it left many scrambling, including officials who were responsible for making travel arrangements and others outside the VP’s office charged with crafting the messaging across the administration.”

Senior presidential adviser Anita Dunn defended that decision — as well as Flournoy — by saying only a few Harris aides were privy to knowledge of the trip to prevent against leaks to avoid having it “turn it into a spectacle.”

“It was closely held and there may be people whose feelings were a little hurt on her staff that they weren’t brought into the discussion,” Dunn told Politico. “But any suggestion that it was mishandled or kept a secret from people who needed to know about the arrangements or needed to know about it is absolutely not true.”

However, it wasn’t just the journey to El Paso that rankled Harris staffers — and office rancor is nothing new to Harris, either, who’s been known for staff turnover that would make a pick-up basketball team look stable.

“People are thrown under the bus from the very top, there are short fuses and it’s an abusive environment,” said one source, described as having “direct knowledge of how Harris’ office is run.”

Defending Flournoy, Sanders said Harris’ chief of staff had an “open-door policy” and added that “black women like me would not have the opportunity to work in politics without Tina.”

“We are not making rainbows and bunnies all day. What I hear is that people have hard jobs and I’m like ‘welcome to the club,’” Sanders told Politico.

As for the anonymous sources in the story, Sanders said, “People are cowards to do this this way.”

(I’d be curious to know whether she’d use the same language regarding the leaks in the Trump administration’s ship.)

And then there’s the usual defense: All of these complaints are race- and gender-based, since both Harris and Flournoy are black and have two X chromosomes.

“Harris and Flournoy’s defenders also note that women in power — Black women in particular — are subjected to standards that men often don’t have to clear,” Politico reported. “A tough and demanding office environment may be seen as a virtue for one and a sign of disorder and lack of leadership acumen for another.

“But for some of the people who know Harris best, it’s become an all-too-familiar pattern for a politician who has churned through several iterations of staff on her rise and took office with a team almost entirely new to her.”

While Harris’ office claimed the moves were long in the making, according to The New York Times, that would have been odd given it happened right in the midst of the summer season, as Harris was gearing up to push coronavirus vaccination and the Democrats’ federal voting bill.

Two sources quoted by Politico also disputed the amicability of the split.

In the case of DeFranceschi, one source told Politico her departure was due to a “difference in opinion on how things should run.” DeFranceschi was a veteran of the Obama administration, where the source said things were run “very different” from Harris’ office.

“If you have an opinion about how things should run and it’s not listened to, that can be frustrating,” the source told Politico.

There are other issues specific to Flournoy the authors mentioned — she doesn’t like to delegate, she tends to second-guess underlings and she’s kept many of the party’s top donors from accessing Harris, a serious faux pas in the moneyed world of politics.

But the reportedly demeaning work environment is the most damning, inasmuch as Joe Biden said he wasn’t having any of that malarkey in his White House.

“I’m not joking when I say this: If you’re ever working with me and I hear you treat another colleague with disrespect or talk down to someone, I promise you, I will fire you on the spot — on the spot. No ifs, ands or buts,” Biden told a group of presidential appointees participating in a video conference on Inauguration Day, according to the New York Post.

“Everybody — everybody — is entitled to be treated with decency and dignity. That’s been missing in a big way the last four years.”

"[If] I hear you treat another colleague with disrespect, talk down to someone, I promise I will fire you on the spot"

While Harris’ office environment isn’t necessarily Biden’s purview, one would assume the president (and his minders) won’t be happy with reports that her staff is treated so poorly, if only because of the obvious collateral damage to his own image.

As he can’t fire Harris — she’s an elected official in her own right, and Biden certainly isn’t going to lead a charge to have her impeached — he should be insisting she use the hatchet on those responsible.

Biden’s claim that that all-important “decency and dignity” had been missing from the White House for the four years of the Trump administration was clearly a self-serving bash at his predecessor.

But if Politico’s sources are to be believed, that “decency and dignity” is clearly missing from the vice president’s office now.