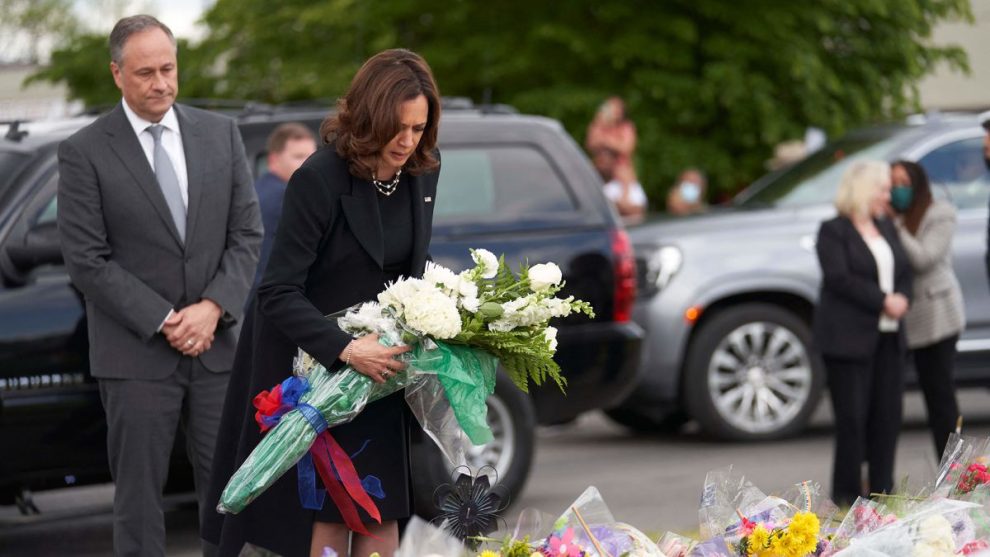 Harris was attending the funeral of Ruth Whitfield, 86, killed in a Buffalo supermarket on May 14.

That shooting came just 10 days before an attack on a Texas primary school left 19 children and two teachers dead.

“On the issue of gun violence, I will say, as I’ve said countless times, we are not sitting around waiting to figure out what the solution looks like. You know, we’re not looking for a vaccine,” Harris told gathered reporters, the New York Post reports.

“We know what works on this. It includes, let’s have an assault weapons ban​,” she said.

Harris listed off other attacks before saying “enough is enough” to gun violence.

“Everybody’s got to stand up and agree that this should not be happening in our country and that we should have the courage to do something about it,” later told the congregants at the funeral.

Harris, who has previously called for an “assault weapons” ban, also on Saturday called for enhanced background checks for firearm purchases, pointing to over 200 mass shootings in the country despite being “barely halfway through the year.”

This was the second time in less than a week Harris called for action on gun ownership.

While speaking at Asian Pacific American Institute for Congressional Studies last Tuesday, Harris addressed the Texas elementary school shooting by saying we, as a nation, must have “the courage to take action.”