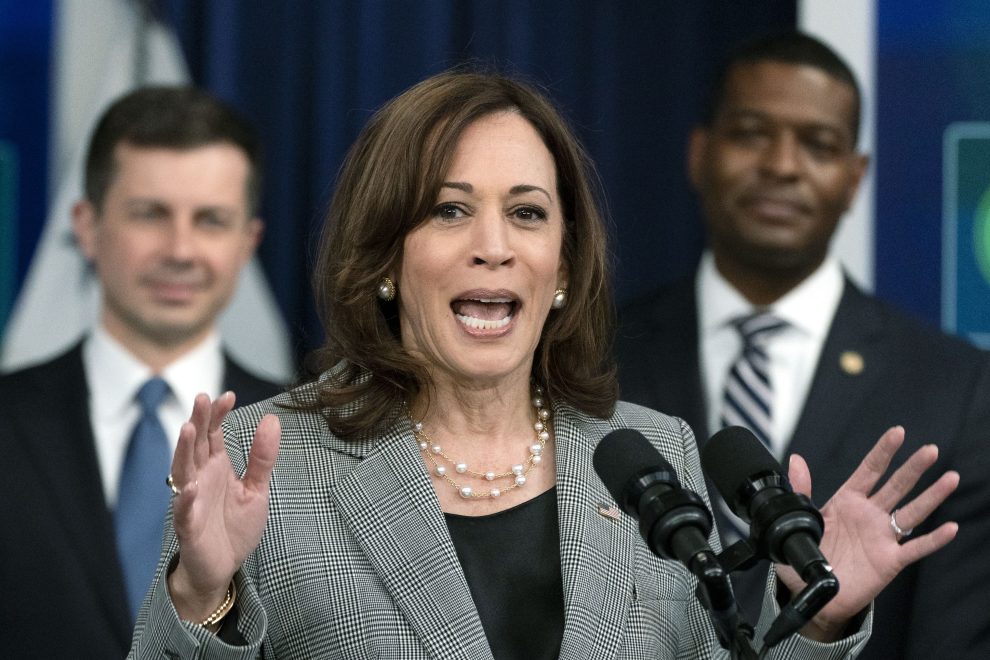 The trip was planned last week and was seen as a peace making effort by the White House, as Breitbart News reported.

Since then diplomatic events have moved rapidly culminating in Poland taking the Pentagon by surprise Tuesday by offering to send its Mig-29 jets “immediately and free of charge” to Ukraine via a U.S. air base.

Pentagon spokesman John Kirby said the prospect of warplanes departing from a U.S.-NATO base “into airspace that is contested with Russia over Ukraine raises serious concerns for the entire NATO alliance.”

🚨 Poland said this was "fake news" just two days ago, and they would not be "joining that conflict" by donating jets. Now MIG-29s are "free of charge", but Britain warns the move "may bring them into direct line of fire from countries such as Russia" https://t.co/lawPovwBAz

Harris will meet with Polish President Andrzej Duda and Prime Minister Mateusz Morawiecki on Thursday, according to U.S. officials who requested anonymity.

She’ll also meet with Canadian Prime Minister Justin Trudeau while in Warsaw. He has also been on the diplomatic trail in Europe this past week.

Harris will travel on Friday to Bucharest, where she’s to meet Romanian President Klaus Iohannis.