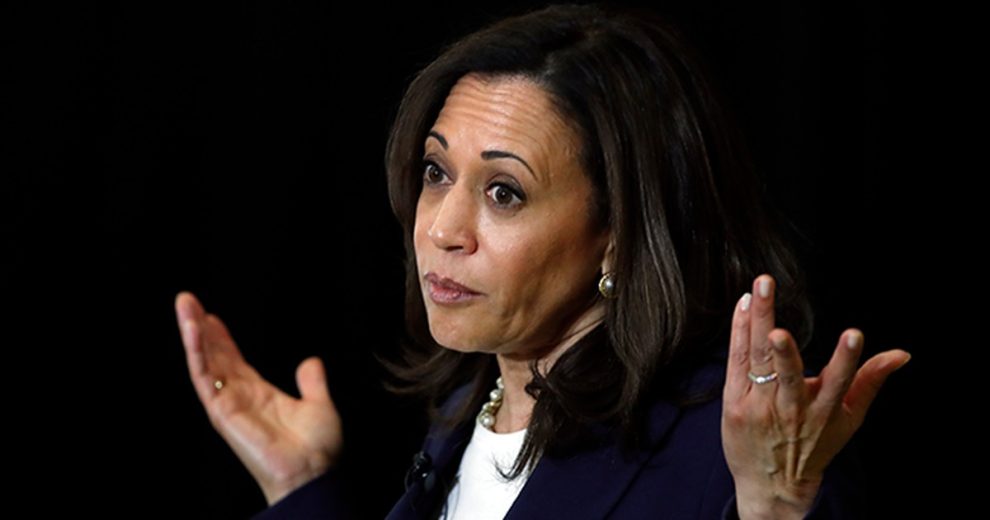 Vice President Kamala Harris’ approval numbers are lower than President Joe Biden’s and all of her predecessors at this point in office. Even by those low standards, VP Harris is outdoing herself in the race to the bottom.

Tuesday, Minnesota’s Alpha News reported that Shawn Michael Tillman of St Paul was charged with murder just weeks after he was bailed out on an indecent exposure charge by the progressive Minnesota Freedom Fund. The controversial organization is known to bail out some violent offenders and was promoted by Kamala Harris in 2020 amid George Floyd protests. From her personal Twitter account, Harris writes,

“If you’re able to, chip in now to the @MNFreedom Fund to help post bail for those protesting on the ground in Minnesota.”

Now, even the seldomly coherent Kamala Harris would know protesting isn’t an illegal activity but of course, there was no peaceable assembly happening in Minnesota; there was violence and property damage. Rioters had already seized a police station and set it on fire. Minnesota looked like the Luftwaffe came through when Harris posted her support.

Hat tip to Arizona GOP Congressional District 1 Candidate Josh Barnett for getting it right two years ago: “You’re a disgrace to our nation!”

Here, rioters are seen breaking down fencing and damaging law enforcement vehicles. Later that night, they would set the police precinct on fire.

Massive Minneapolis mobilizations seize the 3rd Police Precinct & burn it. 3rd night of protests after the unconscionable murder of #GeorgeFloyd. The whole world is watching. #Minnesota — the 2020 Ferguson — is standing up against police terrorism & white supremacy for all of us! pic.twitter.com/nztkVuUs3i

Minneapolis was left looking like a warzone, which some audiences found thrilling while politicians, media, and Hollywood celebs cheered on the destruction.

As my RedState colleague Nick Arma previously reported, the fund received an enormous amount in donations, over $35 million. Kamala Harris and at least 13 Biden campaign staffers donated to the fund. The murder Tillman is charged with — that wouldn’t have happened without the bail being posted courtesy of MFF — is not the first failure of the fund to keep communities safe from criminals in custody.

among the ppl who were bailed out by @MNFreedomFund (which Harris promoted) includes 1) a man accused of attempted murder for shooting at a SWAT team, 2) a woman charged w/ 2nd-degree murder, and 3) a twice-convicted rapist who was charged in 2 other cases https://t.co/hebhUkMwF2 https://t.co/hLSlmuObQY

A Vice President who supported criminals who set a city on fire including a police precinct, leaving it looking like a combat zone is pretty despicable. A Vice President who solicited donations on behalf of a fund used to release dangerous criminals into the community, resulting in violent assaults and a growing list of homicides is repugnant.

Tillman was previously convicted eight times of indecent exposure as well as a weapon charge. He is accused of committing murder over a rivalry or “beef” by unloading six rounds from a handgun into his victim near a light rail station. Investigators say this happened around 4 am and was captured on video surveillance. Republican legislators in Minnesota continue to try to ban organizations like MFF from operating in the state. Fox News reports Harris’ office has not responded to requests for comment.