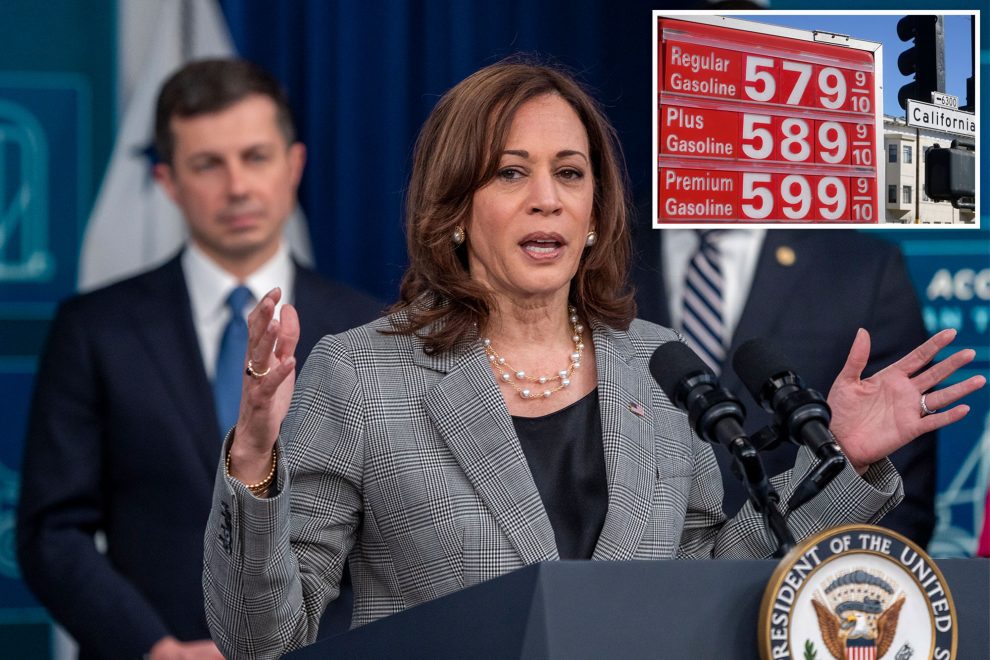 “Pollution from heavy-duty trucks and buses has made the air poisonous to breathe and this pollution is also, of course, accelerating the climate crises,” Harris said during a speech near the White House on Monday. “Threatening the future not just of our communities, but of the entire world.”

Harris did not mention the arrival of the “People’s Convoy” protest of American truckers over the weekend. The group of truckers planned to circle Washington, DC on the Capitol beltway on Monday to protest coronavirus restrictions.

During her speech, Harris told the story of a California community she visited when she was the attorney general, blaming heavy freight trucks and public buses for the majority of the pollution hurting the community.

She also shared her dream to get rid of all diesel powered trucks and buses and replace them with electric powered vehicles.

“Imagine a future: The freight trucks that deliver bread and milk to our grocery store shelves and the buses that take children to school and parents to work…. Imagine that they produced zero emissions,” she said.

Harris celebrated the news that the Environmental Protection Agency announced a new rule Monday to cut nitrogen oxide emissions from heavy trucks by up to 90 percent by 2031.

EPA administrator Michael S. Regan defended the new rule as a matter of environmental justice, noting that “people of color and those with lower incomes” were “more likely” to live near trucking freight routes in the United States.

Harris also touted the $1.5 billion in grants to replace diesel-powered buses with electric buses in Biden’s infrastructure bill as a step forward in the Biden administration’s dream.

[W]e have the ability to see what can be, unburdened by what has been, and then to make the possible actually happen,” she said.