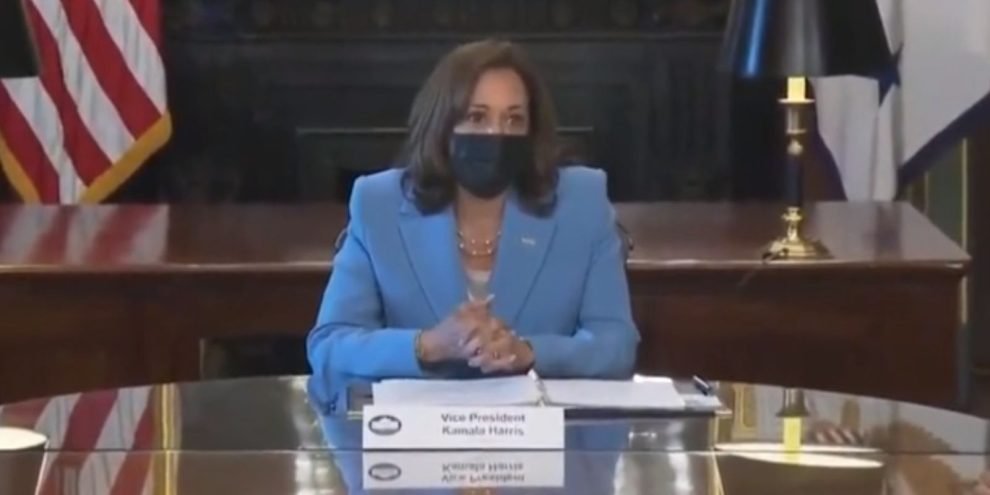 Vice President Kamala Harris introduced herself with her pronouns along with what she was wearing during her meeting with disability leaders on reproductive rights.

“I am Kamala Harris, my pronouns are she and her. I am a woman sitting at the table wearing a blue suit,” she said while introducing herself.

Harris continued to say that she was thankful to the other leaders who she was meeting with, where they would discuss “justice, and equality and freedom.”

Harris said that she had concerns about how the Supreme Court’s decision would uniquely impact Americans with disabilities, saying the Dobbs decision and the act of the US Supreme Court “to take away a constitutional right that had been recognized from the people of America, will impact a lot of people, and different in some situations, and we need to be responsive to these issues and also look at the voices of all people that will be impacted and the way that they will be impacted.”

“So that’s why we’re convening today, and I will add a couple of points, in terms of the direct impact that we anticipate there will be from the Dobbs decision on people with disabilities,” she continued. It was in that decision that Supreme Court determined that the Constitution does not have any provisions at all on abortion access or legality.

All others who spoke also introduced themselves with their pronouns and what color of clothes they were wearing. One woman noted that she was wearing a clear face mask, despite that being visible on her face.

“My pronouns are she/her, I’m a white woman with long brown hair, I’m wearing a red dress, and I’m wearing a see-through mask so you can see my red lips,” said the next speaker, who again spoke about the impact that the Dobbs decision would have on disabled women.

Harris has been a very vocal critic of the Roe v. Wade decision by the Supreme Court. She has voiced her displeasure with the Court’s decision to infringe on bodily autonomy, despite her stance on vaccine mandates. She has also compared the decision to modern-day slavery.