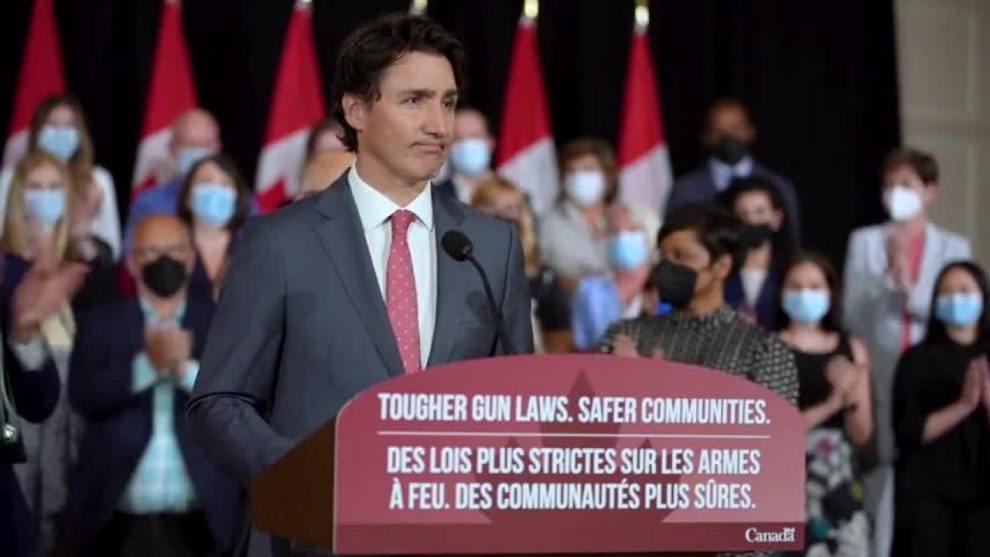 Canadian Prime Minister Justin Trudeau has introduced a new bill to parliament that would stop the import, purchase and sale of handguns as well as prevent their transfer across Canada, in his government’s latest move to restrict firearms.

Prime Minister Trudeau announced the new piece of legislation on Monday afternoon at a press conference in Ottawa alongside Public Safety Minister Marco Mendicinom who introduced the new bill to parliament.

“It will no longer be possible to buy, sell, transfer or import handguns anywhere in Canada. In other words, we’re capping the market for handguns,” Prime Minister Trudeau said and added, “As we see gun violence continue to rise, it is our duty to keep taking action,” broadcaster CBC reports.

"It will no longer be possible to buy, sell, transfer or import handguns anywhere in Canada. In other words, we're capping the market for handguns," Prime Minister Justin Trudeau says at a news conference in Ottawa as he outlines government's new gun control bill.#cdnpoli pic.twitter.com/cuexvvZ3mV

While Trudeau claimed that the vast majority of Canadian gun owners are responsible, he added, “But other than using firearms for sport shooting and for hunting, there is no reason anyone in Canada should need guns in their everyday lives.”

Trudeau also claimed that previously the government had considered working with provinces that wanted to ban handguns entirely but claimed the proposals were scrapped after talks with law enforcement officials and other experts.

The bill also includes other plans to combat illegal gun smuggling and move to implement a “red flag” law that will allow law enforcement in Canada to force gun owners to relinquish their firearms if they are considered a danger to themselves or others.

All magazines for rifles and other long guns will also be permanently altered so that they are unable to hold more than five rounds at a time and larger capacity magazines will be made illegal to sell or transfer to another party.

“These weapons were designed for one purpose and one purpose only: to kill the largest number of people in the shortest amount of time,” Trudeau said in 2020 and added, “There is no use and no place for such weapons in Canada.”