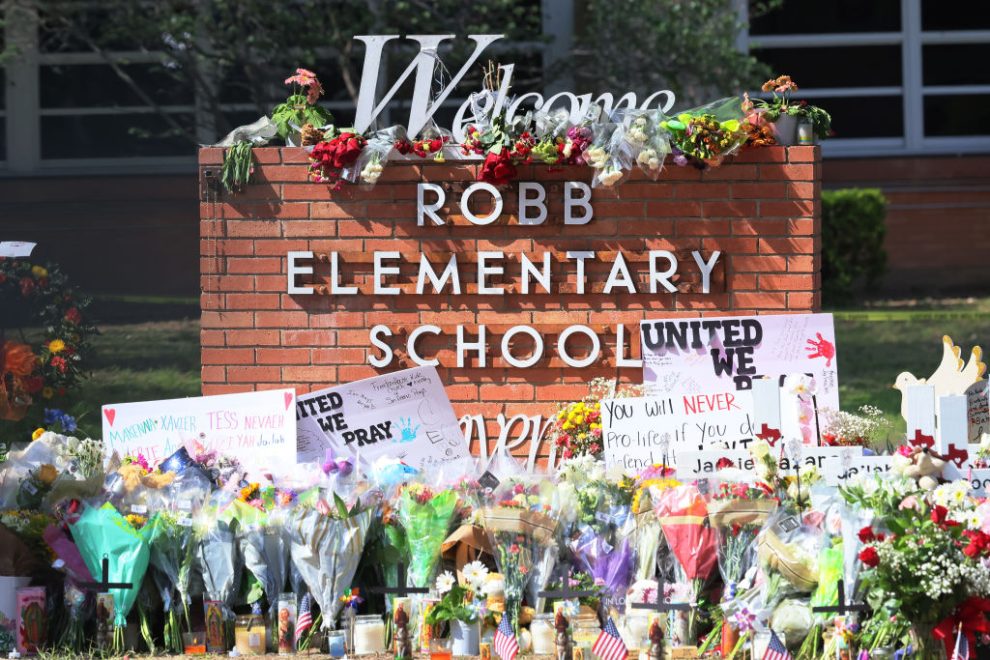 The Department of Justice announced Sunday it will probe the botched response by Uvalde, Texas, police to Tuesday’s school shooting that left 19 children and two teachers dead.

The investigation was requested by Uvalde Mayor Don McLaughlin amid growing evidence that local police hesitated to go into the Robb Elementary School classroom as the 18-year-old gunman carried out the massacre. Local police have been unable to explain why they waited up to 90 minutes to storm the school.

“The goal of the review is to provide an independent account of law enforcement actions and responses that day, and to identify lessons learned and best practices to help first responders prepare for and respond to active shooter events,” said DOJ spokesman spokesman Anthony Coley. “The review will be conducted with the Department’s Office of Community Oriented Policing.

“As with prior Justice Department after-action reviews of mass shootings and other critical incidents, this assessment will be fair, transparent, and independent. The Justice Department will publish a report with its findings at the conclusion of its review.”

The gunman, who The Daily Wire is not naming as part of a policy to deny mass killers the notoriety they crave, was only stopped when federal agents who had sped to the scene disregarded local police and took matters into their own hands. Uvalde police officials have been at a loss to answer why they did not breach the school sooner, as trapped children made repeated 911 calls begging for help.

Uvalde Police spokesman Lt. Chris Olivarez told CNN on Thursday that police were inside the school, but didn’t hunt down the suspect out of fear for their own safety.

“If they proceeded any further not knowing where this suspect was at, they could have been shot,” Olivarez said. “They could have been killed, and at that point, that gunman would have had the opportunity to kill other people inside that school.”

That answer did not help the department’s case, especially as 911 call logs and a timeline began to take shape that showed terrified fourth-graders begging for their lives as the people responsible for saving them dithered.

“Of course it was not the right decision! … Every officer lines up, stacks up. goes and finds where the rounds are being fired at and keeps shooting until the subject is dead, period.”