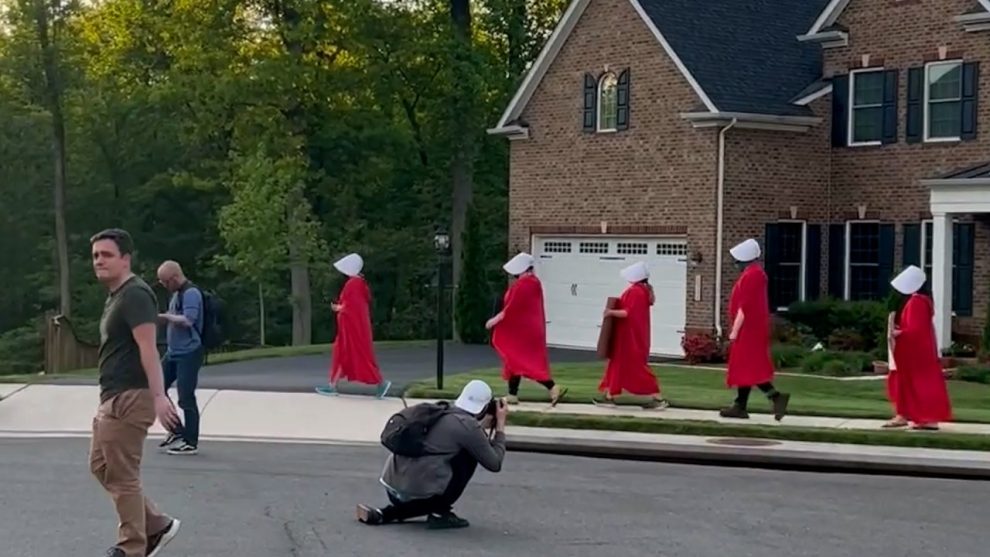 A neighbor of Supreme Justice Amy Coney Barrett’s denounced protesters outside the associate justice’s home amid the leak of a draft decision that might overturn Roe v. Wade.

The unnamed man tells a reporter on his front lawn that the abortion rights activists should “go home and get a family,” according to a video posted Wednesday to Twitter.

The reporter was speaking to the purported neighbor of a conservative justice who may have sided with Justice Samuel Alito, whose draft majority opinion seemingly overruled the 1973 Roe v. Wade decision, which made abortion a constitutionally protected right. Alito’s decision would in effect kick the issue of abortion back to the states, which Republicans argue is where it belongs.

Republicans are also pointing to laws on the books that make it a crime to “picket and parade” at a judge’s home in a threat to influence a decision. The White House and some Democrats have still supported the demonstrations at the homes of the Supreme Court justices, despite the law.

“It’s none of their business,” Barrett’s neighbor tells the reporter in the Twitter video. “Why are they here?

“They live here. This is where she lives. They have the right to protest, but not in front of someone’s house.

“They shouldn’t be doing this.”

Most of the protests have been directed at the steps of the Supreme Court and the homes of Chief Justice John Roberts, Alito, and conservative Justice Brett Kavanaugh.