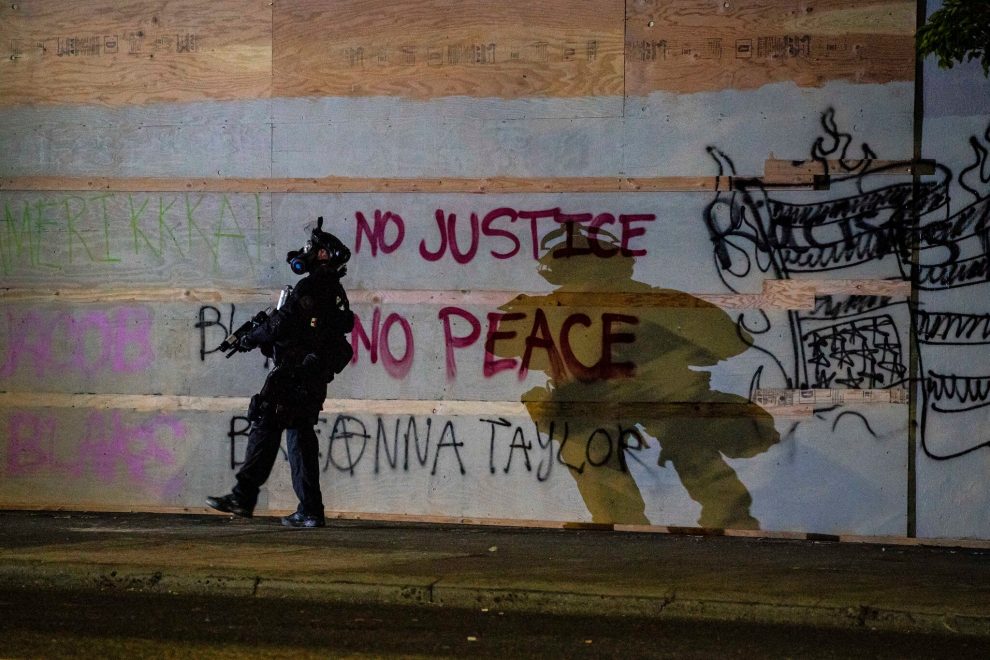 The descent into lawlessness in America’s Democrat-run cities has pretty much been on steroids ever since the George Floyd Summer of Love riots in 2020. To be sure, most of them were already headed in a bad direction, but they’ve been moving at breakneck speed these past two-and-a-half years.

Many of these cities were places I loved visiting and doing shows in during my early days on the road. I have particularly fond memories of gigs in Seattle and Washington, D.C. I would jump at any chance I got to work in either city. The Antifa/BLM “Let’s burn everything” vibe is a bit off-putting, however.

On the one hand, it’s not pleasant seeing some once-great American cities deteriorate in rapid fashion, largely due to having been under Democrat rule for far too long.

On the other, they brought the deterioration on themselves by reflexively voting for Democrats for decades on end.

There’s no remedy for the commie cities. They’re like addicts: they have to hit rock-bottom before they want to get better. Some of them seem to want to get there quickly. Rick wrote about the efforts of our nation’s capital to do just that:

Washington, D.C. is in the midst of a violent crime epidemic, but that didn’t stop the all-Democrat city council from overriding Mayor Muriel Bowser’s veto to pass a criminal justice reform bill that contains several problematic provisions, including lessening the penalties for violent crimes and allowing people charged with a misdemeanor to demand a trial — a move experts say will cause the D.C. court system to collapse under a tsunami of unnecessary and expensive trials.

Ward 2 Councilmember Brooke Pinto argued, “allowing the veto to stand would be a significant step back in our work to modernize the criminal code, negating years of work, compromise, and engagement by the council.”

It’s true. The city council has been writing, debating, and massaging this bill for 16 years. But is that any reason to pass a bill if it’s bad?

Bowser’s objections were straightforward. “Anytime there’s a policy that reduces penalties, I think that sends the wrong message. That takes the focus off using guns or possessing guns, and I think that’s the wrong way to go,” Bowser wrote about her decision to veto.

The “let’s be nicer to criminals” approach has become all of the rage in far-left havens, especially the places where George Soros has put prosecutors in place. Big city Democrat politicians are all on board with it. When one of the most radically far-left Democrat mayors thinks that her leftist colleagues have gone too far, something is really amiss.

Like all modern Democrat policy, this one has abandoned logic. Going easier on criminals — including the violent ones — is somehow supposed to lead to less crime.

And anyone can get in top physical shape by living on beer and doughnuts.

It’s not as if the metropolitan areas that are giving the soft approach a go were relatively tranquil and had the luxury of experimenting with being nicer to the bad guys. They all already had war zone areas that regular folk didn’t even want to be in during the daytime. As Rick pointed out, D.C. is going through a real rough patch when it comes to criminal activity. The city council has opted for a reverse crackdown, if you will.

Telling the worst of society that it’s now going to be easier for them to be awful should yield grand results. Maybe there is a Soros prosecutor involved who can get them back on the streets even quicker.

None of us will be surprised when everything goes full “Escape From New York” in one of the blue hellholes and they plead for their state and federal governments to help them.

The kindest thing to do would be to not render any aid and let these pockets of progressivism fully face the consequences of their unhinged policies. Get them to rock-bottom quicker and then maybe they can be on the road to recovery.

That kindness would also require some governmental sanity, however.

I think we all know how that story ends.