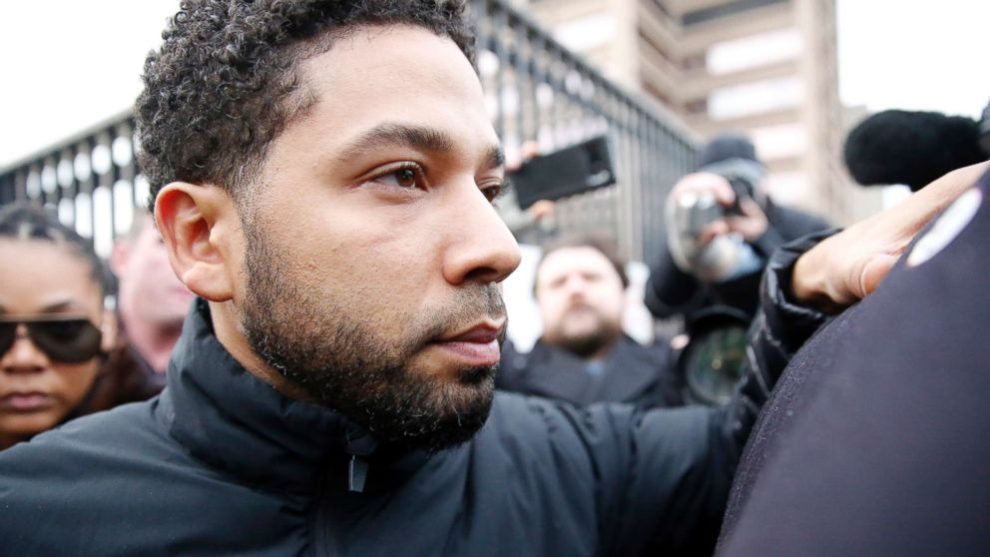 Jussie Smollett’s siblings reacted with outrage to the actor’s sentence of 150 days in jail for staging a hate crime in 2019.

“You turned your life upside down by your misconduct and shenanigans,” Cook County Judge James Linn said Thursday during Smollett’s sentencing in Chicago, according to WMAC-TV. “There’s nothing that any sentencing judge can do to you that would compare to the damage you’ve already caused yourself.”

Linn said Smollett, 39, should have known the repercussions of his actions.

“For you now to sit here, convicted of hoaxing, hate crimes … the hypocrisy is just astounding,” Linn said.

Smollett faces 30 months of probation as well, and he was ordered to pay $120,106 in restitution to the city of Chicago and was fined $25,000, according to The Associated Press.

Smollett declared his innocence after the sentence was announced.

“I am innocent. I could have said I am guilty a long time ago,” Smollett shouted, raising his fist.

In January 2019, Smollett said two men wearing ski masks had beaten him up in a racist, homophobic attack. He was found guilty of five counts of felony disorderly conduct for reporting the hoax he staged as a crime.

Coverage of the crime dominated news cycles, as well as hours of Chicago police time, before Smollett’s story fell apart.

As a Chicagoan and black woman, what Jussie Smollett did –and continues to deny– is indefensible.

Smollett’s claims of innocence were backed up by his siblings.

Jazz Smollett, 41, said the court and the entire justice system was wrong, according to WFMZ-TV.

“This should not be a controversial statement because it is the absolute truth. What should be controversial is the entire miscarriage of justice his whole ordeal has been,” she said.

“I pray the peace of God over my brother and all victims of oppression and hate. I pray that we can do better as a world.”

“He was attacked and he is now going to jail for being attacked,” Jocqui said, adding: “Do you know how crazy that is?”

“He’s in jail for five months, that is unacceptable, for being attacked. He’s a survivor and he’s completely mistreated. And this has to stop.”

Jojo Smollett, 44, objected to how Linn spoke to his brother.

“In 2022, we don’t shame people like this. All right? He basically called him a mental case,” Jojo said.