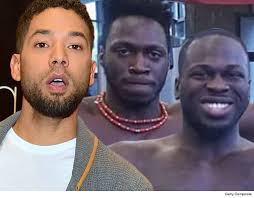 So far in 2019 we have had the media outrage looking for 3 major fake hate crimes. First we had Jazmine Barnes than we had the kids from Covington Catholic school whom the entire world hated even their own school initially denounced their behavior. Now we are starting to learn exactly what happened with the Jussie Smollet story and it is not anything like the way the C list actor described.

Two Nigerian brothers who had worked as extras on Empire told police that they were paid to take part in the 29 January attack, police sources said.

Smollett had said he was attacked by two white men.

His lawyers have strongly denied he played any role in the alleged homophobic and racist assault.

“Nothing is further from the truth and anyone claiming otherwise is lying,” they said in a statement.

The statement said one of the brothers had worked as Smollett’s personal trainer.

Ola and Abel Osundairo have both appeared as extras on Empire.

There is a fake hate crime tracker here it is. fakehatecrimes.org