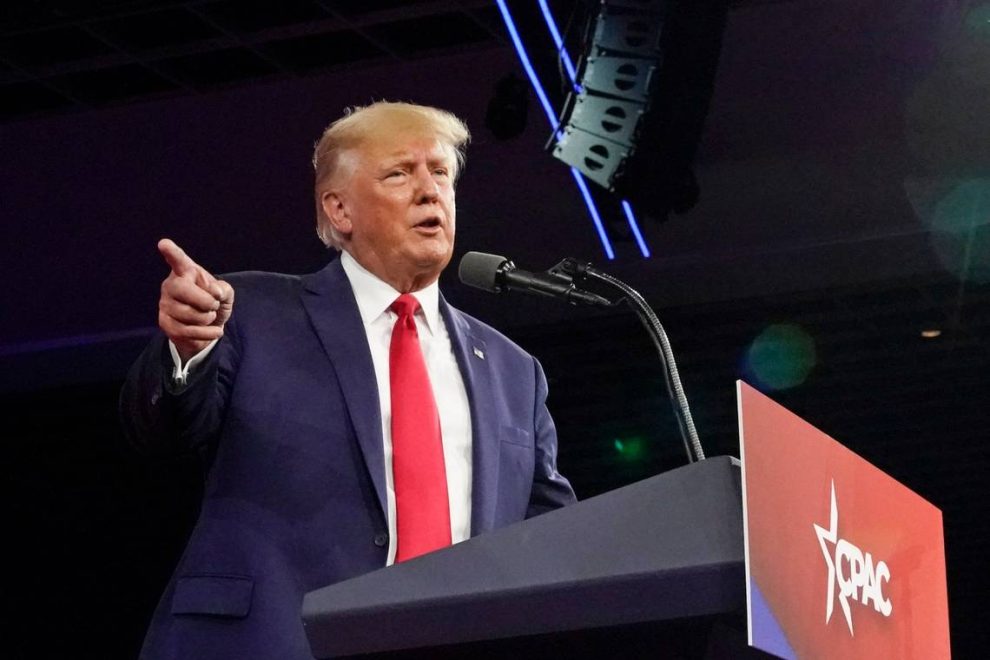 A judge on Monday morning will consider whether to hold former President Trump in contempt for violating a court order that he comply with a subpoena regarding a civil investigation into his business practices.

New York Attorney General Letitia James (D) is asking a state judge to fine Trump $10,000 for each day that he has failed to turn over documents relevant to its subpoena.

Earlier this month, her office accused Trump of defying the court order by claiming that he doesn’t have any documents sought by the subpoena and even raising objections to the records demand after he was commanded to comply with it.

“Mr. Trump’s purported ‘Response’ violates the Court’s order; it is not full compliance, or any degree of compliance, but simply more delay and obfuscation,” James’s office wrote in its contempt motion.

“In the circumstances presented here, long after the subpoena’s return date had passed, and long after this Court denied the motion to quash, Mr. Trump had no further right to contest the subpoena.”

The investigation is a civil matter, meaning it can’t lead directly to criminal charges, but it’s running parallel to a Manhattan district attorney probe which has already resulted in the indictment of the Trump Organization’s chief financial officer.

While Trump has repeatedly attacked James and her probe into his business practices, his lawyers deny that he has improperly withheld anything from investigators.

James has said that the investigation is focusing on whether the Trump Organization inflated the value of its assets over the years for financial gain. Her office has claimed to have found “significant” evidence pointing to rampant financial fraud at the company and a state court judge who personally reviewed some of the requested documents appears to agree.

In February, New York Supreme Court Judge Arthur Engoron rejected Trump’s effort to block James’s subpoena, ordering the former president to provide both documents and testimony to the attorney general’s office. Engoron wrote that Trump’s arguments that the investigation is politically motivated have little bearing on whether he must comply with the subpoena.

“In the final analysis, a State Attorney General commences investigating a business entity, uncovers copious evidence of possible financial fraud, and wants to question, under oath, several of the entities’ principals, including its namesake. She has the clear right to do so,” the judge said.

Trump appealed Engoron’s order to sit for a deposition, which is currently pending before the state’s appellate court, but his lawyers raised no objections initially to the part of the ruling concerning document production.

Alina Habba, Trump’s lawyer, told the court last week that her client has not defied the ruling and that any records relevant to James’s subpoena are in his company’s possession.

“After conducting a diligent search and review, Respondent’s counsel determined that Respondent was not in possession of any documents responsive to the Subpoena and that all potentially responsive documents were in the possession, custody or control of the Trump Organization,” Habba wrote.

“Given the OAG’s recalcitrant behavior, it is fair to question the OAG’s motive in bringing the instant application, which appears to be little more than a contrived publicity stunt,” she wrote, using an acronym for the Office of the Attorney General.

“It’s not meant to punish the person found in contempt, it’s really meant to coerce them into compliance,” Perry said. “So here, the judge will have to assess what it will take to actually light a fire and get them to comply with the court’s order.”

She said that Trump’s legal team will likely be hard-pressed on Monday to show that they are making good-faith efforts to comply with Engoron’s ruling.

“This gamesmanship over whether or not the documents are in Mr. Trump’s custody when clearly they’re in the custody of the Trump Organization is a distinction without a difference,” Perry said. “A lot of courts will be tolerant over internal deadlines that are blown, but they tend to look askance at a blown court-ordered deadline.”