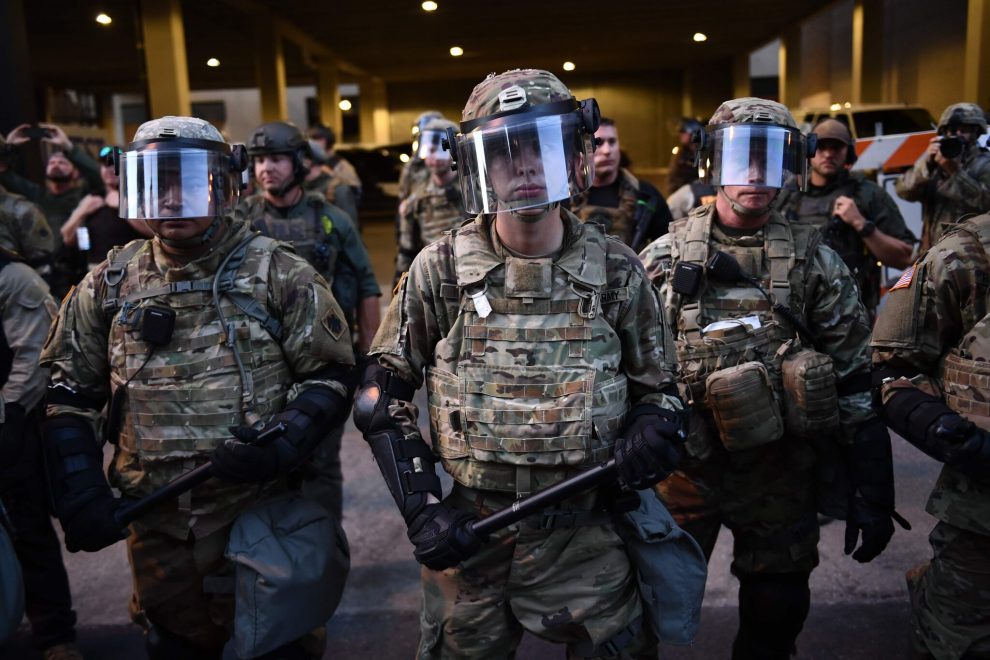 District Judge Stephen Friot on Tuesday denied an attempt by Oklahoma to block the Department of Defense’s COVID-19 vaccine mandate for National Guard members, according to The Hill.

“The court is required to decide this case on the basis of federal law, not common sense. But, either way, the result would be the same,” Friot said in denying the state’s motion for a preliminary injunction. “The claims asserted by the Governor and his co-plaintiffs are without merit.”

Friot also encouraged DOD to provide a grace period for guard members to comply with the mandate.

“The court strongly urges the defendants to give every consideration to providing a brief grace period — to facilitate prompt compliance with the vaccination mandate — before directly or indirectly taking action which would end the military careers of any Oklahoma Guard members,” the judge wrote.

Attorney General John O’Connor’s office said it was disappointed with Friot’s decision in an emailed statement.

“We expect the Biden administration to review in good faith all exemptions and religious accommodations requested by our fellow Oklahomans. We will not be surprised if the President’s vaccine mandate actually reduces the nation’s military readiness instead of promoting it. We are analyzing the State’s response to this decision,” the statement read.

The National Guard is under the dual authority of both the state and federal governments. While Title 32 of the U.S. code puts the guard under the governor’s control, Title 10 also places it under federal control.

Gov. Kevin Stitt and O’Connor initiated the conflict in early December when they sued DOD after Defense Secretary Lloyd Austin rejected the governor’s request to exempt the Oklahoma National Guard from a vaccination mandate.

The move by Oklahoma created uncharted legal territory regarding where authority over the National Guard is ultimately vested.

The deadline for Air National Guard and Air Force Reserve personnel to get vaccinated was Dec. 2, while Army National Guard members still have until June 30 to comply, according to The Hill.