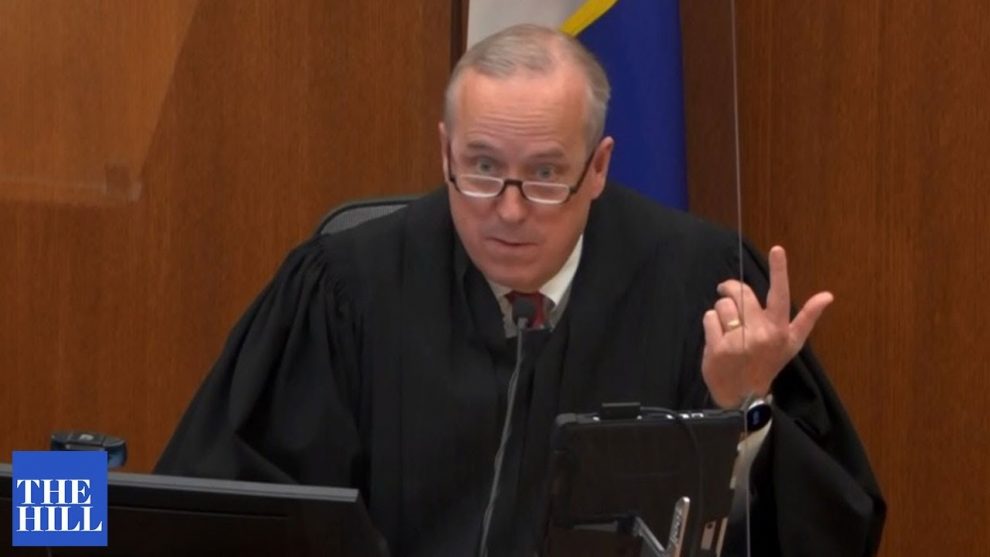 The judge in the murder trial of former Minneapolis police officer Derek Chauvin rejected a request by the prosecution to enter newly discovered evidence that contains information about George Floyd’s carbon monoxide levels during his arrest, warning the prosecution of a mistrial if the test results were mentioned by a witness.

“If he even hints that there are test results the jury has not heard about, it’s going to be a mistrial, pure and simple,” Hennepin County Judge Peter Cahill said.

“This late disclosure is not the way we should be operating here.”

Blackwell said the evidence was uncovered after an expert witness called by the defense speculated that Floyd could have been exposed to carbon monoxide during the arrest on the ground near the police car.

Blackwell told the judge that Baker unearthed test results that had been reported during Floyd’s autopsy last May.

“Nobody requested carbon monoxide readings, because they didn’t see how that was relevant.”

Cahill ruled against the prosecution using the test results because the state had been given ample time to provide evidence prior to the trial.

He added that he would rule a mistrial if the rebuttal witness, Martin Tobin, discussed the test results.

“The defense gave notice that this was going to be an issue and specifically talked about testing the sample,” Cahill said.

“Even if it’s just because Dr. Baker called the state and said, ‘We, we can actually find this’ at 8 o’clock this morning, when the defense expert is done testifying, has left the state. It’s untimely to give the notice.”

The judge added that he would allow Tobin to add information about carbon monoxide as an environmental factor in the case.

“Dr. Tobin may testify as to carbon monoxide if he sticks to the environmental factors and as a pulmonologist — looking at the videos for example and seeing Mr. Floyd’s location and not knowing whether the vehicle is even on or not, which the state brought out in cross-examination — all those factors, he can talk about environmentally,” Cahill said.

He added that the late disclosure would not be allowed because it “prejudiced the defense.”

Closing arguments for the trial will begin at 9 a.m. on Monday, according to KMSP-TV.