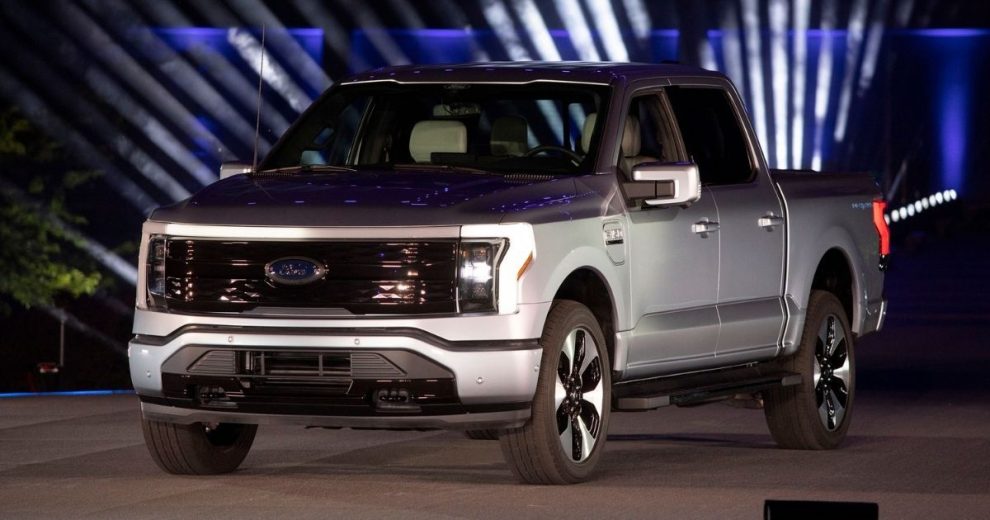 Maybe you’ve seen the bumper sticker on a truck that says “Yes, this is my pickup. No, I won’t help you move.”

If you have an electric pickup, you may want to think about reversing the idea of that bumper sticker. Because helping someone make a short-distance local move may be about all you can do.

That’s an exaggeration, of course, but not by much. Because if you want to tow a trailer or a boat, your destination had better be close; otherwise you’ll be making frequent stops to recharge your battery system.

YouTube publisher Fast Lane Truck did a comparison between an electric and a gas-powered pickup to determine how far each could tow a 3-ton box trailer.

The contestants were an electrified Ford F150 pickup vs. a GMC Denali Ultimate Edition with a 6.2-liter V-8 gas engine.

Each towed an identical new “toy hauler” trailer about 25 feet in length that, while empty, was large enough to transport an entirely-sheltered automobile.

The vehicles began their test in Longmont, Colorado, heading southbound on Interstate 25 toward Denver, about 33 miles away.

The F150 charged up and the GMC filled up before taking to the road. The electric truck’s computer estimated 160 miles of range, which included calculating for the size and weight of the trailer. The gas-powered GMC’s computer, also taking the trailer into account, estimated 264 miles of range.

Off they went, with the goal of the F150 getting 147 miles down the road to a fast-charging station in Pueblo, Colorado.

But that estimate was optimistic. The electric truck had only traveled 6 miles when the computer recalculated range from 160 to 150 miles, cutting things very close if it was to reach Pueblo. That called for a change of plans — the new charging stop was Colorado Springs, about 45 miles closer.

After going 50 miles, the electric truck recalculated its range to indicate it couldn’t even make Colorado Springs. South of Denver, the truck was down to a 20 percent battery charge and, concerned about being stranded with a dead battery, the driver had to turn around and drive the F150 back north to the Denver exurb of Castle Rock to find a fast charger.

With low battery warnings blazing, and power automatically reduced to 90 percent, the electric truck, with 9 percent left on its battery, hobbled into a Target parking lot in Castle Rock.

But that caused another problem. Battery chargers tend to be lined in rows on the edge of parking lots. Because they do not provide a drive-through like a traditional gas pump, they cannot accommodate a vehicle with a trailer.

As a result, the F150 test vehicle and trailer were blocking a major portion of Target’s parking lot. “They’re probably not going to sponsor us in the future,” quipped one of the test participants.

The gas truck? Its computer showed 129 miles of remaining range, so that driver had enough range to return to their starting point in Longmont.

As a result, the F150 test vehicle and trailer were blocking a major portion of Target’s parking lot. “They’re probably not going to sponsor us in the future,” quipped one of the test participants.

The gas truck? Its computer showed 129 miles of remaining range, so that driver had enough range to return to their starting point in Longmont.

So the electric truck had the energy cost advantage.

An argument against electric vehicles is their cost. But in this case, vehicle cost comparisons are difficult to make –the GMC Denali Ultimate Edition is about $80,000; an electric Ford F150 can range anywhere from $40,000 to $90,000.

The electric F150 in the Fast Lane Truck video seemed to have a lot of options, indicating it might be a higher-priced model, but test participants didn’t say.

But the electric truck has a serious problem with range, especially when towing. Its computer was unable to accurately calculate its distance and the driver had to stop for a charge about 85 miles earlier than initially estimated. Indeed, efforts to get a charge became urgent when the battery became hazardously low.

There is a place for electric vehicles — high-density urban areas with perhaps lighter loads.

But attempting to electrify a classic brand like a Ford F150 and use it in its traditional duties makes it very out of place.

And there are the egregious efforts by the Biden administration to raise gas prices so we can all save the planet by buying electric vehicles.