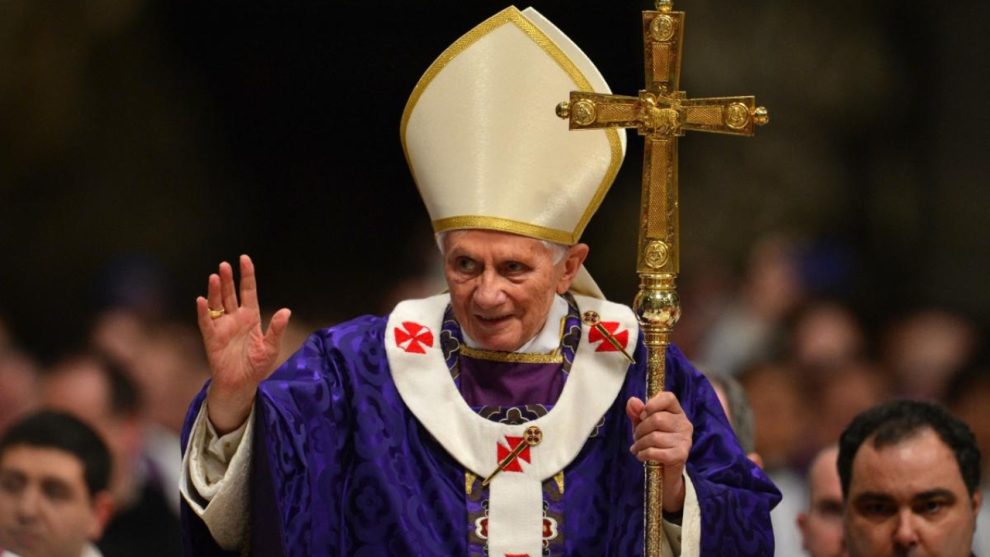 Leave it to mainstream journalists to come up with the absolute worst takes on the recent passing of Pope Benedict XVI.

Pope Benedict, who had recently become gravely ill, died on Saturday at the age of 95 and within hours, the ghouls had come out to play. One of those was Politico’s cybersecurity reporter, Eric Geller. He decided to not only show he’s a classless hack but also that he has no understanding of basic history.

The tweet was so bad that he eventually deleted it, but the internet remains forever.

Why’d you delete this, @ericgeller?

Is this the usual objectivity of a @politico journo? How much longer until you lock down your account? pic.twitter.com/m0eLrYqorG

Geller wasn’t the only one to boil down Pope Benedict’s life work to his membership in the Hitler Youth. One of the clowns from Barstool Sports decided to say the same thing, though with far more choice language.

With that said, the criticism that Pope Benedict didn’t handle the Catholic Church’s sex-abuse scandal properly is somewhat fair, though the situation was far more complicated than is illustrated by hysterical rantings like those shown above. Still, I could understand it if that was the only thing Geller and the rest lashed out about, though I’d still find their timing crash and gross given the totality of Pope Benedict’s life. Instead, they decided to paint a picture of Pope Benedict being a nazi who gladly joined the Hitler Youth.

Of course, that’s not at all true. The Hitler Youth existed as early as 1926, but in the context of Pope Benedict, the organization was a last-ditch effort by Adolf Hitler to put more bodies in the field to keep the war effort going. Specifically, they were used to protect Berline as the allied forces advanced. Many have probably seen the famous footage of Hitler exiting his bunker to greet Hitler Youth members in the last days of the war.

Factually, Pope Benedict was drafted into the Hitler Youth at the age of 16 in 1943. He did not have a choice. Further, studies show that he and his family were vehemently anti-nazi and did practice any form of antisemitism before or during the war.

You shouldn't expect much intellectual honesty from Barstool Sports, (especially from the man who cheated on his pregnant wife), but Kevin's tweet here is particularly stupid even by his standards. https://t.co/T5lRGV4dHK pic.twitter.com/kCRJkC2UhM

Geller was probably aware of that fact, as I’d expect anyone working in journalism to have a basic understanding of the Second World War. Yet, he decided to insinuate Pope Benedict was a willing member of the Hitler Youth anyway because that’s the only argument anyone on the left seems to be able to deliver these days.

Everyone who doesn’t agree with a Democrat must be a nazi. Heck, on the same day that Geller made his tweet, Rep. Alexandria Ocasio-Cortez accused Rep. Elise Stefanik of being a “neo-nazi.”

What is it with people randomly blaming the mere existence of others for their own descent into embracing neo-nazism? Like girl you did that all on your own.

Unless her suggestion here is she started endorsing great replacement theory because she couldn’t treat me like the help https://t.co/5dC2JsKoNY

It’s a disgusting way to do politics, accusing one’s enemies of being akin to those who perpetrated the Holocaust. Unfortunately, that’s become more than mainstream on the left given the failures of their actual policies. Why argue about tax rates, spending, or foreign affairs when you can just say the people you hate are like Hitler? It’s lazy, but it also might be more effective than many on the right care to admit.