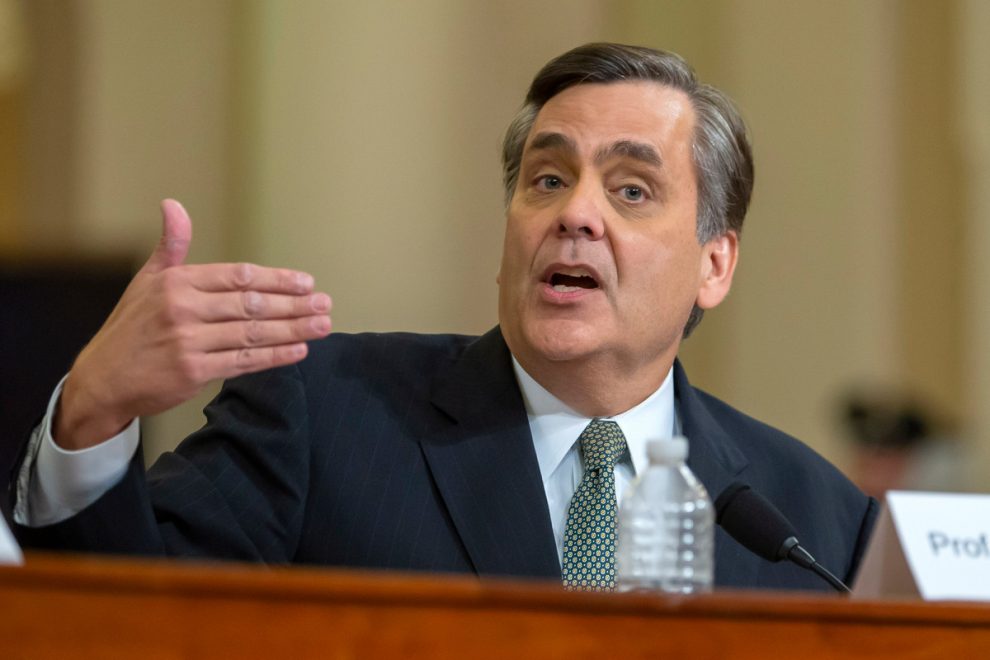 The response by the FBI to the damning information in the Twitter files has been less than satisfactory.

Their first response suggested that the contacts with the social media platform were all just completely normal contacts, that they weren’t asking Twitter to take any action against the Americans who were then subsequently censored.

The FBI regularly engages with private sector entities to provide information specific to identified foreign malign influence actors’ subversive, undeclared, covert, or criminal activities. Private sector entities independently make decisions about what, if any, action they take on their platforms and for their customers after the FBI has notified them.”

They claimed they weren’t asking social media or any of the private sector entities they were contacting to “take action” against anyone.

“We are providing it so that they can take whatever action they deem appropriate under their terms of service to protect their platform and protect their customers, but we never direct or ask them to take action,” the FBI officials said.

Yes, let’s just ignore the contacts to Twitter flagging people’s accounts for “action”; that’s not telling Twitter to do anything. Talk about the gall of saying that and expecting us to buy it.

https://t.co/bcttGWKpFW unanswered question: do agencies like FBI and DHS do in-house flagging work themselves, or farm it out? “You have to prove to me that inside the fucking government you can do any kind of massive data or AI search,” says one former intelligence officer.

As my colleague Streiff reported, the FBI continued to gaslight with the statement they issued on Wednesday.

🚨BREAKING: The FBI responds to @elonmusk releasing the Twitter files:

"It is unfortunate that conspiracy theorists and others are feeding the American public misinformation with the sole purpose of attempting to discredit the agency." pic.twitter.com/U18JYkNptV

“The correspondence between the FBI and Twitter show nothing more than examples of our traditional, longstanding and ongoing federal government and private sector engagements, which involve numerous companies over multiple sectors and industries. As evidenced in the correspondence the FBI provides critical information to the private sector in an effort to allow them to protect themselves and their customers,” the FBI released in a statement Wednesday. “The men and women of the FBI work every day to protect the American public,” the statement concluded. “It is unfortunate that conspiracy theorists and others are feeding the American public misinformation with the sole purpose of attempting to discredit the agency.”

How is quoting what they said to Twitter a “conspiracy theory”? The whining by the FBI here – given what we’ve seen so far in the Twitter files – takes the cake. The nerve of them saying quoting them and being concerned about suppression of speech is only about discrediting them. The poor, misunderstood FBI, everyone. Hey, they’re just policing your Twitter for election jokes and helping to shut down stories, which might hurt the Democrats and Joe Biden. How dare you be upset by that!

It’s not surprising that people weren’t buying it.

“It is not clear what is more chilling: the menacing role played by the FBI in Twitter’s censorship program or its mendacious response to the disclosure of that role,” he declared in a tweet, then continued in a thread:

This week saw another FBI “nothing-to-see-here” statement to the Twitter files. Rather than acknowledge the concerns and pledge to work with Congress to guarantee transparency, the FBI is attacking free speech advocates who are raising the concern that Twitter had become an agent of the government in censorship. There are some who would question whether “working every day to protect the American public” should include censoring the public to protect it against errant or misleading ideas. There was a time when that was not a “conspiracy theory.”

Author Michael Shellenberger, who has been one of the media/journalists involved in releasing the Twitter files, also blasted the FBI’s spin.

FBI calls Twitter Files "misinfo" but doesn't deny that it

– was spying on Giuliani when he gave a copy of laptop hard drive to NY Posthttps://t.co/Iq3EBm3IAC

Shellenberger said the FBI didn’t deny that they had Hunter Biden’s laptop since Dec. 2019 (so they knew it was real), yet they told Twitter that a “hack-and-leak involving Hunter” might occur in Oct. 2020. He also said they were spying on Rudy Giuliani when he gave a copy of the laptop hard drive to the NY Post.

“At this point, members of Congress should be extremely concerned that FBI is engaged in a cover-up,” Shellenberger said. “There needs to be an aggressive investigation of the apparent politicization of the FBI by Congress, and perhaps even a Special Counsel in the DoJ to investigate what happened.”

Shellenberger also appeared to cite remarks of Rep. James Comer (R-KY) — the likely incoming head of the House Oversight Committee — who suggested the way to hold the FBI accountable would be to hold up their money.

“One way we could get the FBI in front of the committee is to say, ‘We're not giving you a penny until you all explain to us what this task force was and why you told Twitter to suppress the Hunter Biden laptop story when you knew darn well it was true'” @RepJamesComer

“The Twitter Files have confirmed the widespread suspicion that the FBI has behaved inappropriately in its relationship to social media companies,” Shellenberger said. “Now, Congress needs to find out if it also behaved illegally.”

Holding up the money may be the only way to get any real answers and change. We’ve already seen from the reports of whistleblowers what chaos the FBI is in, and the Twitter files just add to that exponentially. But instead of calling the FBI to account, the Biden administration is planning to give them an even bigger increase in money in the Omnibus bill. That’s just one of the many reasons that the Republicans in the House need to throw the brakes on the bill and commit to some real accountability.