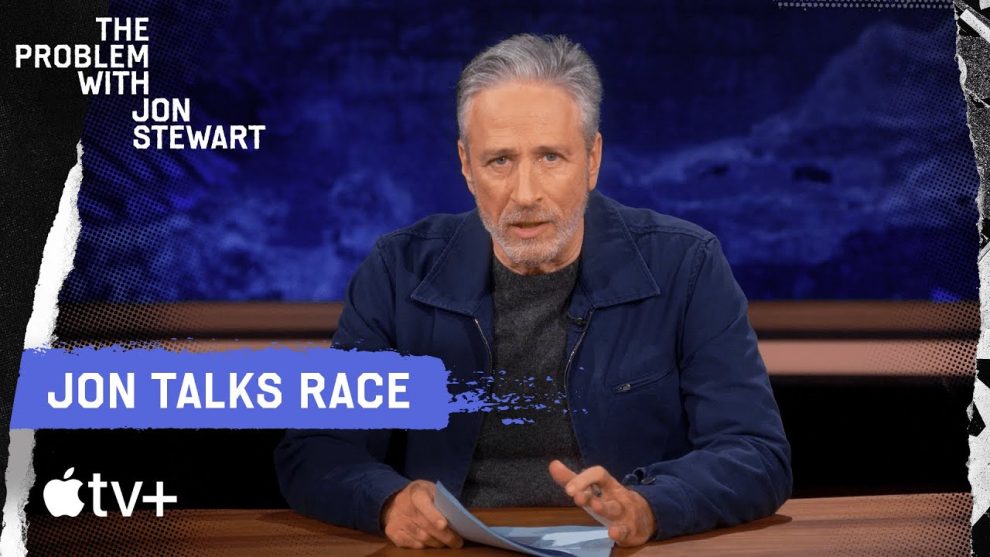 Liberal pundit Jon Stewart decried the American Dream as a “fallacy” for anyone who isn’t White, during his most recent “The Problem With Jon Stewart,” talk show on Apple TV+.

The former “Daily Show” has used his new streaming show to lecture about far-left progressive ideas, particularly on race.

After his last episode, Stewart was criticized for his “super-woke” views on race but he appeared to double down on his latest episode where he discussed race with author Isabel Wilkerson. Stewart parroted Wilkerson’s ideas that America was built with a racial hierarchy caste system that we still operate within, today.

“It was designed, it was purposeful, which makes it…the cruelty of it, our country is that much more culpable,” Stewart surmised.

Wilkerson argued every American has been “programmed” to believe Black lives “do not matter.”

“So we’ve all been programmed as to who is valued in our society and who must be protected at all costs and whose lives do not matter, as much as we have the Black Lives Matter movement as a result of the recognition of the ongoing quest for equity and recognition of the humanity of people who have been subjugated for so long,” she argued.

Stewart and Wilkerson also discussed the problem of White “resentment” and the backlash activists receive when talking about the issue.

Noting how rapidly changing demographics would soon make Whites a minority in American society, Stewart scoffed that even so, the American Dream would still be a fantasy for Blacks as there has “always been a redistribution of power to the White elite.”

“The literal interpretation of the American Dream is that, is it doesn’t matter where you were born or how you were born or who you are, that in this country you can rise up and go beyond that. And it turns out to be a fallacy. But I wonder, you know, when we say, ‘Oh, in 2040 or 2050, when the demographics change, we won’t know what will happen.’ I feel like we know what will happen, because it’s what’s happened from the very beginning. And I would say the formation of the Union, the compromise that was made with the Southern states that Black slaves would count as three-fifths, but they can’t vote, but you can count them, there has always been a redistribution of power to the White elite.”

The pair blasted the media as contributing to racial bias by giving “skewed” portrayals of Blacks to American audiences.

Citing Wilkerson’s book, Stewart claimed the media presented Black-on-White crime to be “46-52%” of crimes committed, when actually the reality is more like “11%.”

The liberals agreed at the end of the interview that unless America “humbled” itself to dismantle the idea of American “exceptionalism,” we could never accept and atone for our racism against Blacks.

Andrew Sullivan, a guest from the Stewart’s show the previous week, responded to Stewart’s claims about race, and his attacks, in a Substack post. In the post, he explained why he felt Stewart was wrong on his claims about America being irredeemably racist, by detailing examples throughout American history how we’ve confronted and tried to absolve our original sin of slavery and discrimination towards Black Americans.