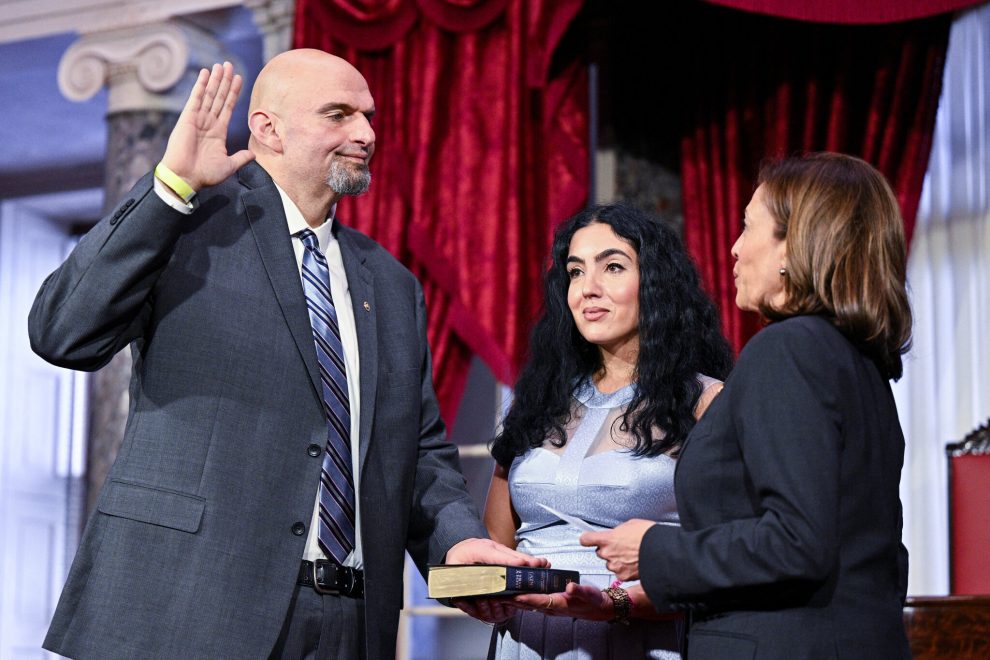 Democrats did all they could during the campaign to cover up how bad John Fetterman’s issues were. By the time they had the one debate in the race on October 25 that exposed just how badly Fetterman was impaired, many people had already voted. That may have made a big difference in that race, allowing Fetterman to win.

Of course, now that the Democrats pulled Fetterman across the line, he has to do his job and that’s going to be a big problem. How’s he going to talk on the Senate floor — a big part of what senators do — when he showed in that debate that he isn’t able to comprehend things–even with help from a machine?

His swearing-in provided more questions and as some noted, was painful to watch. He was wearing a suit, which was at least a step up from his usual attire of a hoodie and shorts. But he seemed completely out of it while standing there, after Kamala Harris swore him in.

Fetterman is completely lost during his first moments as a US Senator pic.twitter.com/2N7Qq0v8Xx

Harris interacted with his wife, Gisele Fetterman; Gisele called over the three kids but when she did so, he didn’t interact with them; he just stood there, with his hands clasped, not even saying anything for the whole clip. The photographer said for them to put their hands down by their sides. One of the sons had his arms crossed. Gisele corrected her son, but Fetterman didn’t correct himself. He had one moment where he looked down at his son, when his wife corrected the boy for crossing his arms for the picture. But apart from that, there was no acknowledgment that the children were even there.

At the end of the process, Fetterman rolled his eyes to the sky and lumbered off, again not interacting with the family.

That’s more than a little concerning, but this is who the Democrats wanted, as long as it enabled them to hold onto power in the Senate. They didn’t care if he was competent. They didn’t care if he was able to carry out his job. They did it with Joe Biden, hiding him in the basement, so they likely figured they could pull it off with John Fetterman. Unfortunately, we’ve already seen what a bad move that was with Biden and how much that has hurt the country to have someone so incoherent in charge. So now, they’ll have someone even more confused in office in the Senate. It’s shameful that they were so willing to do anything to hold onto power.