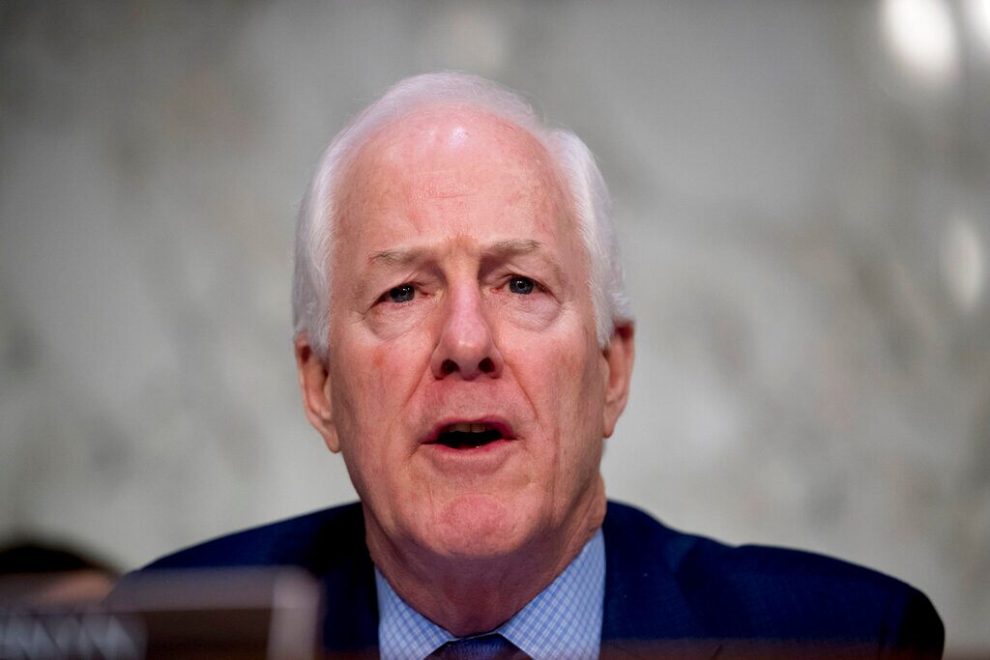 Sen. John Cornyn (R-TX) pledged on Tuesday to sell out the American people by trying to advance amnesty for illegal aliens after striking a deal on gun control.

After Senate Minority Leader Mitch McConnell (R-KY) tapped Cornyn to negotiate a deal on gun control, he now promised to move forward on a deal on amnesty.

The vibe in the Senate is so positive right now that Schumer gave Susan Collins a fist bump !

Andrew Surabian, a former Donald Trump administration official, said in reaction to Cornyn’s pledge for amesty, “From selling out on gun control to selling out on amnesty in light speed.”

Sens. Thom Tillis (R-NC) and Cornyn have continued to push for amnesty with the help of Democrat allies, including Sens. Padilla and Dick Durbin (D-IL), the Senate Democrat whip.

“The only way that we’re going to get real progress is to have a four-pillar discussion — so immigration reform, DACA, border security and then I think asylum reform is pretty important, particularly with that’s going on with Title 42,” Tillis said in April.

“We’ve got a starting list. There could be some more. But it’s a starting point. I’ve talked to four or five Republican senators today. There’s a genuine interest in doing something,” Durbin said.

Cornyn was recently booed at the Texas annual Republican Party convention last Friday over his work with Democrats to pass gun control.

The boos apparently did not faze Cornyn.

“After Sen @JohnCornyn was met with such hatred at the @TexasGOP convention in Houston, I’m told he said to a few people, ‘I’ve never given in to mobs and I’m not starting today,’” Cornyn’s retweet read.