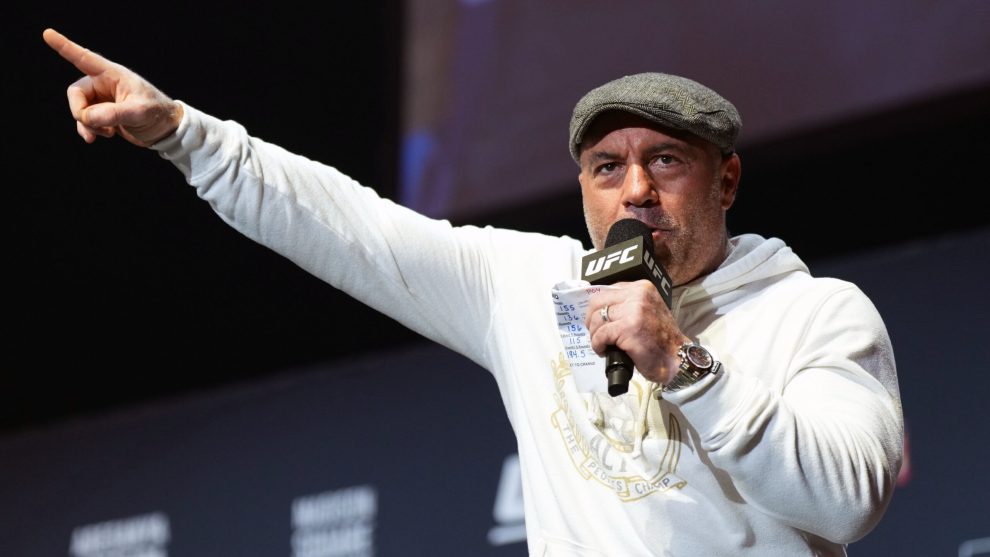 Rogan made the remarks while speaking to guest Derek from the YouTube channel “More Plates More Dates,” who was brought on to speak about a major story that he broke last week about a figure in the fitness world who had been lying about using steroids.

Derek mentioned a document from the University of British Columbia in Canada that argued that people do not need to know how many calories they are consuming in order to be healthy.

The document listed the following four reasons why counting calories can be harmful:

1.It diverts your attention away from eating what pleases you.
2.It prevents intuitive eating.
3.It gives a false impression that certain foods are “unhealthy” because of the number of calories.
4.It can be triggering for those with disordered eating habits or eating disorders.

Rogan recalled seeing a video of a young, woke female professor who talked about how avoiding certains foods was “‘fatphobic’ and ‘it’s not based in science.’”

Rogan said that the environment that woke professors have fostered is creating “the most non-resilient people possibly known to man, where every single micro-aggression, every single thing that can trigger you, all those are removed, and you are just raw and vulnerable.”

“We’ll protect you in this university system, and then spit you out into the world where you will then infect corporations with this ideology — and that is what we’re experiencing,” Rogan added.

“It’s wild how the shift to comfort mentality has very much become commonplace,” Derek responded. “I feel like this is partially why men’s testosterone levels are dropping too — just, like, the lifestyle and encouragement to be a sedentary piece of s*** who is offended and insulted by literally everything, none of this is conducive to masculinity.”

During the same episode, Rogan accused Dwayne “The Rock” Johnson of using steroids, saying that he needed to come clean in light of Derek revealing that fitness guru Brian Johnson, who goes by the “Liver King,” had falsely claimed that he was not taking steroids.

“The Rock should come clean right now,” Rogan said on an episode of “The Joe Rogan Experience” podcast. “He should make a video in response to the ‘Liver King’ video. I need to talk to you because The Rock’s been lying. There’s not a f***ing chance in hell he’s clean. Not a chance in hell. As big as The Rock is at 50? He’s so massive, and he’s so different than he was when he was 30.”