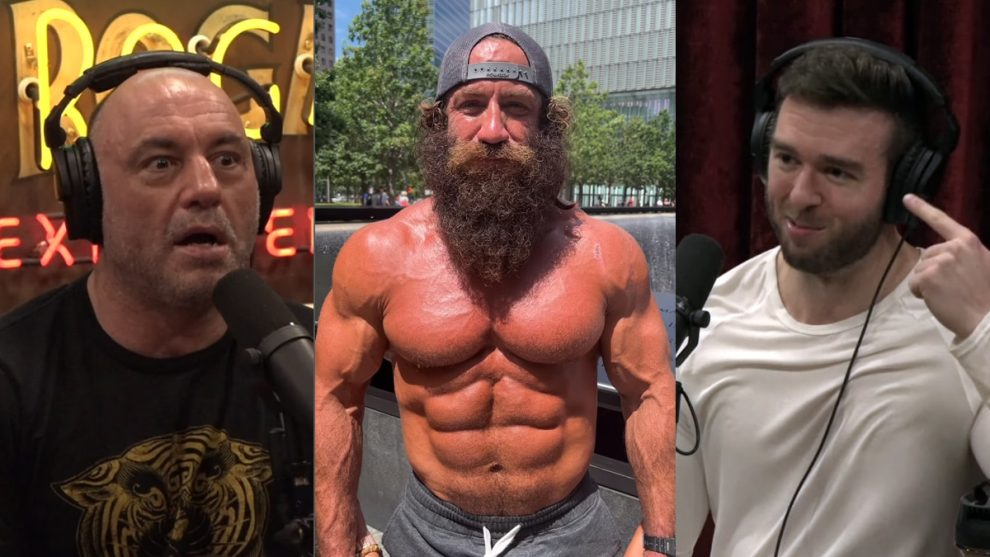 Joe Rogan, host of “The Joe Rogan Experience” on Spotify, slammed Brian Johnson, who goes by “Liver King,” in a podcast this week for lying about his use of performance enhancing drugs (PEDs) while trying to claim that he was able to get a ripped physique naturally.

Johnson admitted earlier this week that he lied about taking steroids, saying that he was “embarrassed and ashamed… I lied and I misled a lot of people.”

“I wasn’t surprised at all. It completely make sense,” Rogan said on one of his podcast episodes this week. “There’s no way you can look like that in your 40s, that jacked, he’s preposterously jacked. Now that we know that he’s full of s***. We’re talking about the Liver King, by the way, ladies and gentlemen, a lot of people, like, what are they saying? There’s a guy, if you don’t know who the Liver King is, the guy who calls himself the ‘Liver King,’ and he’s this guy who walks around everywhere with no shirt on. I’ve seen him in Vegas with no shirt on, big bushy beard, super jacked. And he was telling people that the way he gets that way is by sunning his balls. He literally lays down with his a***hole staring at the sun and eats raw liver and just lifts like a maniac. And that’s how he’s so jacked. But it’s preposterous.”

Rogan then played the Liver King’s apology video and repeatedly mocked and laughed at his attempts to explain why he lied about taking steroids.

“You know what the problem is?” Rogan said after watching the apology video. “Sometimes people don’t hang out with people that are smarter than them. And you think you’re the smartest person or maybe because he’s running this company, people have to listen to him. So he’s got this distorted perception of his ability to communicate, and his ability to convince people, like, that was so theatrical and so corny.”

“This is dumb, man. This is a f***ing, you ran a con game and you got busted,” Rogan continued. “And it’s unfortunate that you feel terrible. I’m sorry, you feel bad because that’s just what happens when you get caught lying. But you didn’t have to lie.”