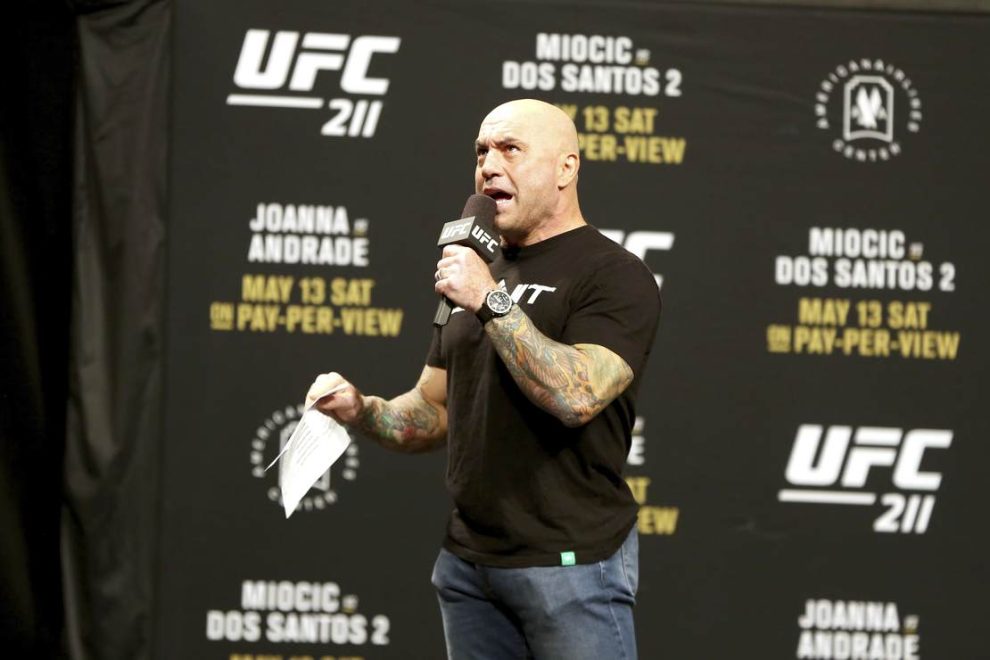 Is Joe Biden a dangerous president? Joe Rogan thinks so, because the Commander-in-Chief isn’t in command — of himself.

On Wednesday’s edition of The Joe Rogan Experience, America’s favorite podcasting powerhouse sat down with New York comedian Dave Smith. As a libertarian political commentator, Dave’s appeared on Fox’s Kennedy as well as The Greg Gutfeld Show, and on CNN’s S.E. Cupp: Unfiltered.

A topic during their chat: insane things the President says.

It started with thoughts on VP Kamala’s oratory skills. You may recall her lecture on the passage of time:

Kamala Harris blunders her way through a speech. Trips into a new word salad: "there is such great significance to the passage of time" pic.twitter.com/f3nTOJFxGt

“Do you know how there’s those comics who are really good comics who have a girlfriend, and the girlfriend does comedy, too? And the she bombs every time. … [N]ext thing you know, ‘Who’s opening for Jeff?’ ‘He brought his girlfriend again.’ ‘Oh, no. He’s going to give her another chance.’”

“[S]he’s so trigger burnt (when speaking for the cameras). … You [can] tell she’s shell-shocked almost. … [S]he’s much worse (than before). Terrified.”

“Is this a caricature of what the worst thing to be would be?” Dave offered. “What are these Democrats going to do, man? Can Joe Biden actually run for re-election? And if he doesn’t, can they actually put up her?”

Rogan posed a question and, in a way, issued a warning:

“How do (Democrats at the top level) get [both Joe and Kamala] out (of the way for 2024)? If I was Kamala Harris, I would be taking no small planes.”

The pair discussed Biden’s shocking call in March for the Russian president to be removed from power, which the White House immediately walked back.

Dave hit on the President’s decline:

And Rogan won’t be pulling a lever for the former senator from Delaware:

Joe also put it another way — one that was a bit more colorful:

“[H]aving a guy like him in office is f***ing dangerous. … [It’s] legitimately dangerous, man.”

Everyone gets old…so goes the passage of time. For those who wish to delve further: