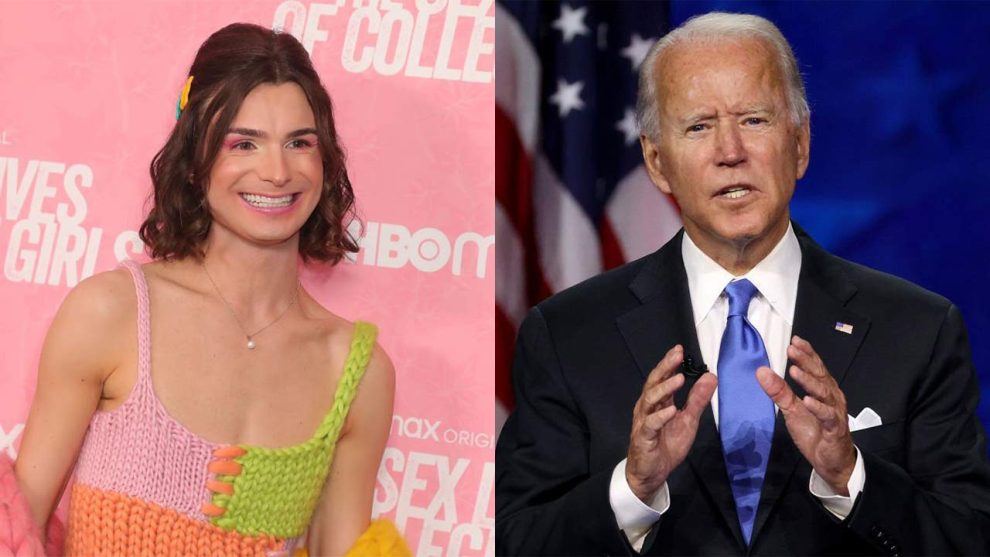 If there’s one lesson I’ve learned over the years as a contributor at RedState, it’s that when it comes to politics, things can always get worse.

Sure enough, on Sunday evening, things got worse, and I don’t mean that in my more typical snarky presentation. Sincerely, after watching Joe Biden’s latest interview, I could only come to the conclusion that our society is in a dark place, and it’s getting darker by the minute.

While people across the country are struggling with their bills and facing increases in violent crime, the President of the United States defended the mutilation of children while being interviewed by a man who believes he’s an underage “girl.”

If this isn’t an indication of the absolute state of things, and not in a good way, I don’t know what is.

I won’t go into detail about who the interviewer is because frankly, I don’t want to give him any more press than he deserves. Just understand that he makes TikTok videos literally pretending to be a teenage girl and that despite that bit of insanity, Joe Biden decided to platform him at the White House. That alone should cause every American to call for the 25th Amendment.

But to then take a question about “gender-affirming care,” which is an oxymoron, and use it as a jumping-off point to endorse the mutilation of children? It’s a level of evil that is hard to fathom, even from someone who I deeply politically disagree with. Biden even goes so far as to suggest it’s immoral to not allow profit-driven clinics to cut the breasts off of young girls and sterilize young boys.

The onslaught doesn’t, though. Not only does Biden want to force states to allow physical and mental abuse of kids under the guise of “transgender rights,” but he also wants you to pay other people to get abortions.

Then he forgets the name of "Roe v. Wade," calling it "uh, the uh, the decision that was struck down by the Court." pic.twitter.com/bMUzjvotSi

This is the part where I’d normally point out that Biden is clearly senile and unable to fulfill the duties of his office, but I don’t even care about that in this context. What is being talked about in these clips goes so much further than typical political backbiting. We are talking about the very soul of the nation, to coin a phrase the president loves to abuse.

How can our society continue to exist when this kind of garbage is not only being normalized but celebrated? Children deserve protection. They don’t deserve to be used as experimental props for deranged politicians who have convinced them they can “choose” their gender.

Do you want to know what the worst part of this is, though? It’s that Joe Biden doesn’t believe a word of it. If he did, you could at least chalk his rantings up to mental illness. But he’s doing all of this for political gain, as foolish as that may be. He’s literally willing to endorse the abuse of children if he believes it will gain him and his party a few more loyal followers. That is deprivation on par with some of the worst people in history.

This evening, the President of the United States defended the mutilation of children while being interviewed by a dude who thinks he’s an underage “girl.”

The absolute state of things.

I’ll end with this thought: You do not have to accept this.

The elites in society, specifically those in the media sphere, are going to tell you that you’ve got to be “tolerant” of this nonsense. That you must sit idly by while kids are abused and everything that makes sense is turned upside down. They’ll even threaten to call you names like “transphobe” and “bigot.” But you know what? Who cares? This stuff is not okay. It’s not normal. It’s dangerous, and it must be stopped.