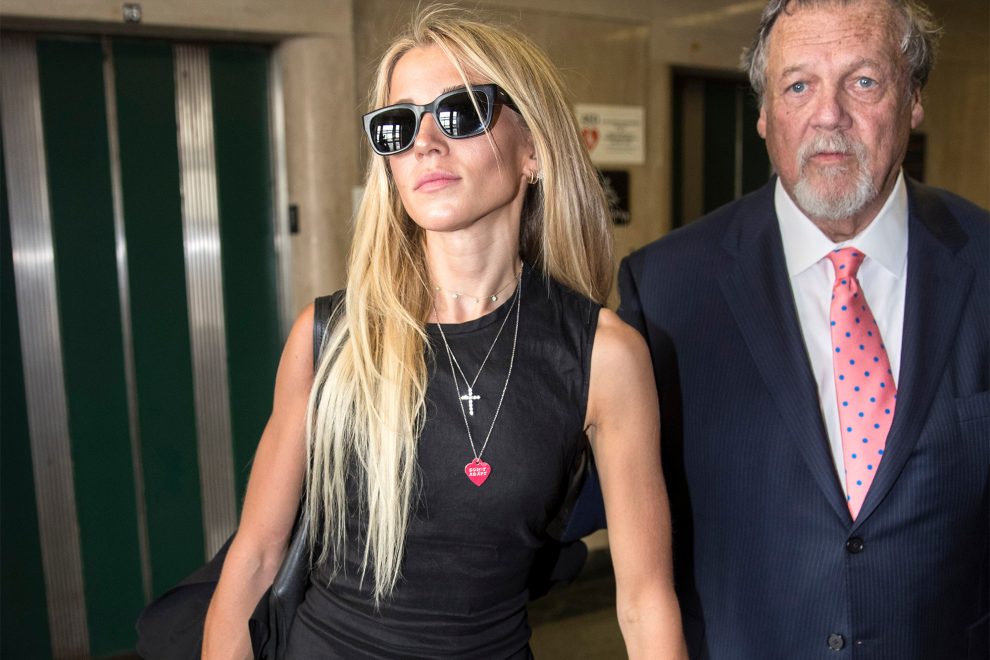 The wild-child niece of former Veep Joe Biden stole more than $100,000 in a credit card scam — and quietly cut a plea deal in Manhattan court that spares her any jail time, The Post has learned.

Using a borrowed credit card, the blonde Caroline Biden set up an unauthorized customer account at Bigelow Pharmacy on Sixth Avenue in Greenwich Village, and racked up the six-figure bill over the course of a year, according to a criminal complaint that does not name the victim card owner.

As part of a plea deal before Manhattan Supreme Court Justice Kevin McGrath, Biden, 29, pleaded guilty to one charge of grand larceny and another of petit larceny and agreed to make restitution of $110,810.04.

If she pays everything back and keeps her nose clean, she can return to court and enter a substitute plea to a lower, misdemeanor charge of petit larceny and be sentenced to two years probation.

But she’ll stay out of jail even if she fails to live up to the plea deal, instead getting sentenced on the felony larceny to five years probation.

Biden was also in Manhattan Criminal Court in 2014, on charges of resisting arrest, obstruction of justice and harassment stemming from a dustup with her Tribeca roommate.

In that case, the silver-spoon Georgetown University graduate was accused of taking a swing at a female cop who responded in Sept. 2013 to a drag out fight over unpaid rent between Biden and her roommate.

“I shouldn’t be handcuffed!” cops said Biden railed at the time. “You don’t know who you’re doing this to!”

She was given another sweetheart deal in that case: a promise that the charges would be dismissed if she stayed out of trouble for six months.

The charges were eventually dismissed and sealed.

Biden didn’t even have to show up in court to get that deal — her then-lawyer James Liguori told another Manhattan judge that she was serving her second rehab stint at Caron Renaissance Ocean Drive, a posh inpatient facility in Delray Beach, Fla.

She was there for “anger management,” her lawyer told the judge. The facility only treats anger in the context of a broader drug addiction treatment, the facility told The Post at the time.

Biden at the time had suffered from booze and pill addiction issues, friends told The Post then.

“The pressure of being Joe Biden’s niece made her totally unravel,” pal Paul Johnson Calderon told The Post in Sept. 2013. “It’s a desire for attention, a cry for help. She’s a very complicated girl who has a lot of feelings and a lot of issues.”

In the new credit card case, Biden had borrowed the unidentified victim’s Chase credit card in order to make a single purchase at Bigelow totaling $672. Instead, between April 5, 2015 and June 24, 2016, she admittedly went on a buying binge.

She was arrested and arraigned on May 5, and Friday was her second court appearance.

Caroline’s father, James Biden Sr., is the financier brother of the vice president.