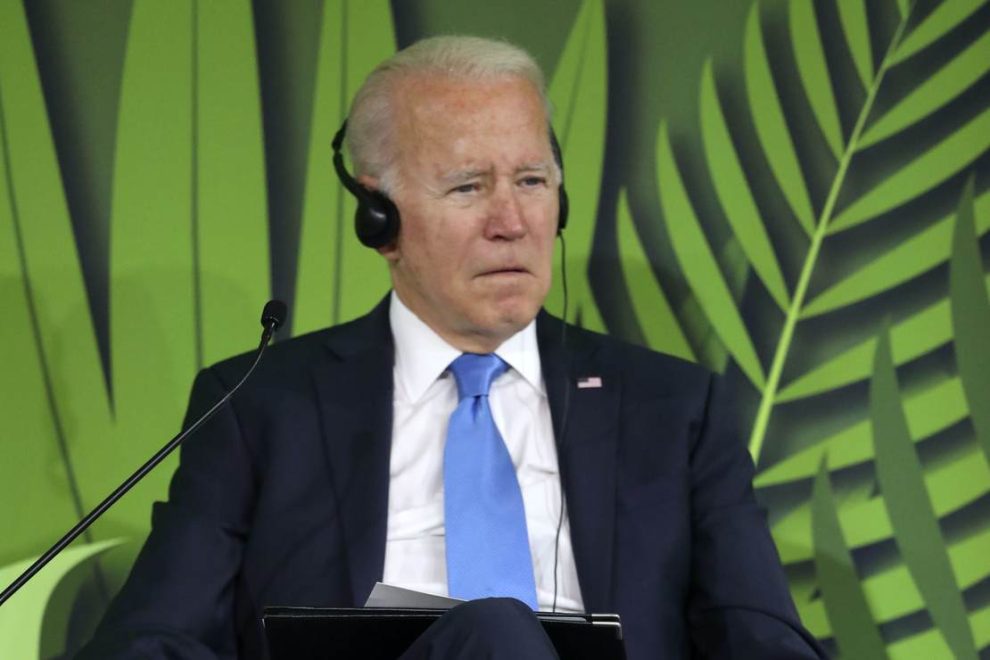 With gas prices remaining at or near all-time highs throughout the United States, Joe Biden has a new plan to help bring them down. According to the White House, the president is weighing a release of one million barrels a day from the strategic petroleum reserves. Further, he’s looking at using the Defense Production Act to federalize companies and force them to produce materials for “green energy” products.

Scoop: Biden admin is weighing a plan to release roughly A MILLION BARRELS OF OIL A DAY from U.S. reserves, for several months, to combat rising gasoline prices and supply shortages following Russia’s invasion of Ukraine, sources tell @AlbertoNardelli @SalehaMohsin and me.

The White House might invoke the Defense Production Act as soon as this week to spur greater domestic output of raw materials for clean energy technology products and reduce U.S. dependence on foreign supply chains. https://t.co/L5OUjQIrQ3

In other words, Biden’s ploy is completely useless. It’s also dangerous in that the strategic reserves exist to supply years of oil to the United States in the event of some kind of isolating event. They also exist for military use if oil can’t be otherwise garnered while fighting a war. Again, we are talking preparation for apocalyptic-type events, not gas prices being too high because of the left’s self-defeating green agenda.

Further, the Defense Production Act is not at all designed to operate as a communism cheat code for presidents who are too stubborn to change their damaging energy policies. If it’s not profitable now for American companies to go gangbusters producing “green energy,” it won’t be just because Biden makes them. Such a move would also spur more inflation as the supply of the products those companies originally produced will be reduced in order to make things Americans don’t currently want to buy.

The obvious answer here continues to be for the government to make it far easier for oil companies to produce domestically. That is the only way to gain a reliable increase of oil on the world market, thereby bringing down energy prices across the board. Lower regulatory barriers, unfreeze federal leases, and provide incentives for companies to invest in long-term energy infrastructure projects (i.e. provide guarantees they won’t be shut down a year from now after investing billions of dollars).

None of this is difficult. Well, unless you are a nearly 80-year-old geriatric who clearly doesn’t even run his own administration. In the end, these moves by Biden, if they come to fruition are simply meant to signal that he’s “doing something.” It’s the equivalent of shipping out at-home COVID tests knowing that the problem of spread was not a lack of testing. This is all Democrats ever do. When they aren’t directly destroying America’s prominence and strength, they are virtue signaling by taking pointless actions not meant to actually solve the problem.

So let’s drain our strategic oil reserves and go full USSR on American companies. What could possibly go wrong?