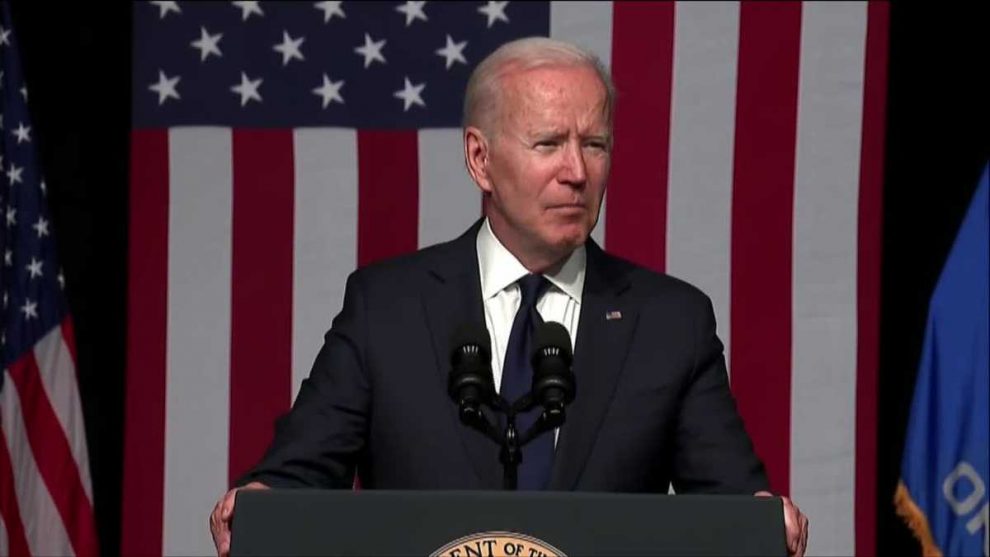 President Joe Biden argued that black entrepreneurs needed more assistance from the federal government because many did not have accountants or lawyers.

The president spoke about black business owners during a speech recognizing the 100th anniversary of the Greenwood Race Massacre in Tulsa.

He also announced that the federal government would use more of its purchasing power to support “disadvantaged businesses” including those owned by “black and brown” Americans.

“I have the authority to do that,” Biden said.

“The reason why they don’t … their students are equally able to learn as well, and get the good-paying jobs that start at 90 to 100 thousand bucks,” he said. “But they don’t have the money to provide and build those laboratories.”

He also promised to spend more on infrastructure in minority communities.

“Let’s ensure access to health care, clean water, clean air, nearby grocery stores that are stocked with fresh vegetables and food,” he said. “I mean, these are all things we can do.”