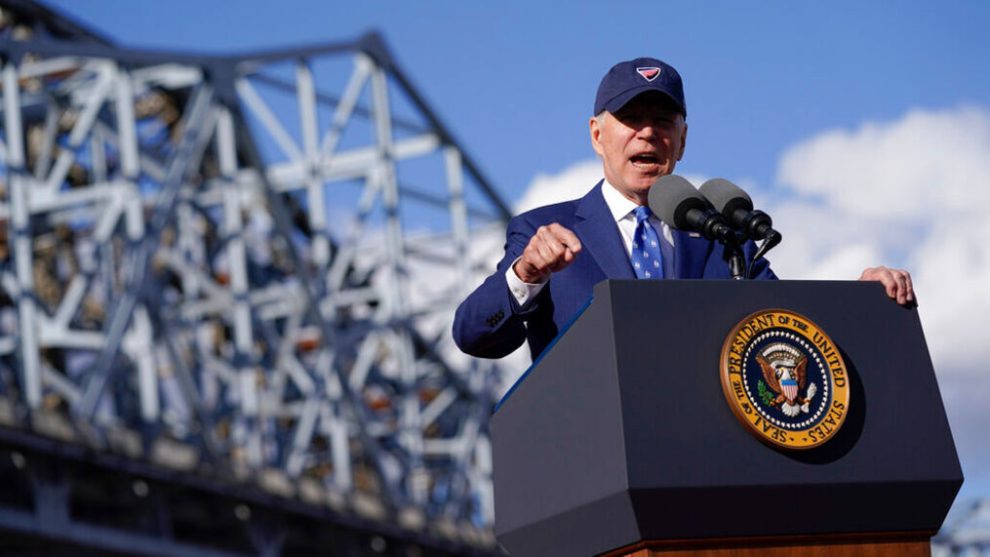 President Joe Biden is finally heading to the porous U.S.-Mexico border for a flying visit on Sunday, a full two years after taking office.

Biden is due to spend a few hours in El Paso, Texas, currently the biggest corridor for illegal crossings.

The president’s brief visit is scheduled around an international meeting in Mexico City when Biden will meet with Canadian Prime Minister Justin Trudeau and Mexican President Andrés Manuel López Obrador.

Biden has previously distanced himself from his border flood by avoiding questions and delegating responsibility to Vice President Kamala Harris and Alejandro Mayorkas, his pro-migration, Cuban-born, Homeland Security chief.

As Breitbart News has reported, the visit comes after years of Biden administration neglect that has led to a flood of illegal border crossings:

Since Biden’s January 2021 inauguration, he and his deputies have allowed roughly 3.5 million economic migrants across the southern border, including more than a million “gotaways” that sneaked past the few border guards left at the border.

The inflow is 14 times as many as were allowed into the United States in President Donald Trump’s final year — and it has helped cut wages and spike rents for at least 100 million Americans.

Biden is expected to meet with border officials on Sunday to discuss migration as well as the increased trafficking of fentanyl and other synthetic opioids, which are driving skyrocketing numbers of overdoses in the U.S.

Biden will visit the El Paso County Migrant Services Center and meet with nonprofits and religious groups that support migrants arriving to the U.S. It is not clear whether Biden will talk to any migrants, the AP report sets out.

“He must take the time to learn from some of the experts I rely on the most, including local officials and law enforcement, landowners, nonprofits, U.S. Customs and Border Protection’s officers and agents, and folks who make their livelihoods in border communities on the front lines of his crisis,” Cornyn said.

From El Paso, Biden will continue south to Mexico City, where he and the leaders of Mexico and Canada will gather on Monday and Tuesday for a North American leaders summit.

Immigration is among the items on the agenda.