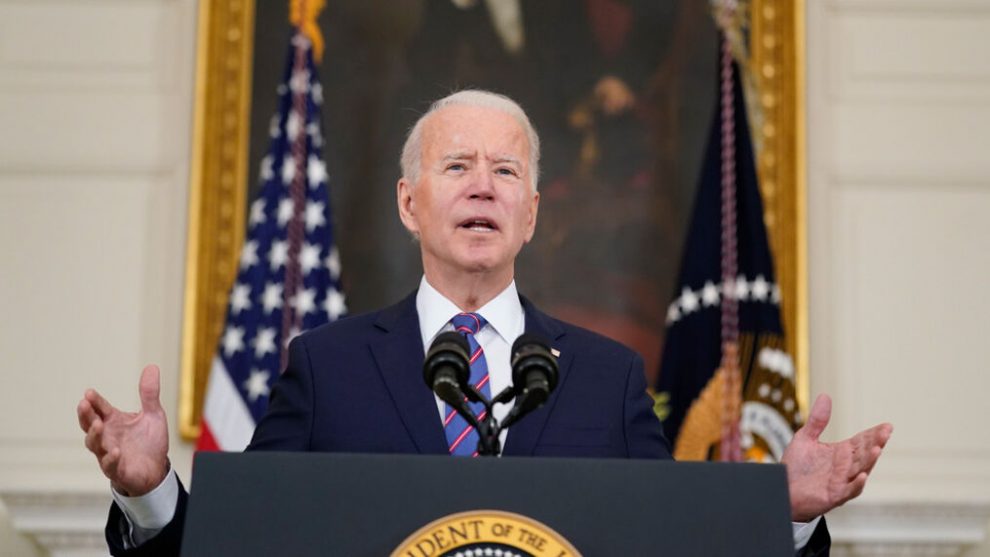 “Immigration has always been essential to America,” he insisted.

The casual insults of Americans and their children as inadequate are commonplace in the capital city of Americans’ homeland, which is often described as a “nation of immigrants” by pro-migration businesses and political groups.

In his speech, Biden also credited immigrants with helping to fulfill the high goals of the Declaration of Independence:

We were founded on an idea that, “We hold these truths to be self-evident, that all men [and women] are created equal … endowed by their Creator with certain unalienable Rights … Life, Liberty, [and] the pursuit of Happiness” … as I said, since our nation’s founding, the quintessential idea in America has been nurtured and enriched and advanced by the contributions and sacrifices of so many people — almost all of whom were immigrants.

Biden also claimed that immigrants were responsible for NASA’s newest exploration mission to Mars: “The team was made up of immigrants who told me they grew up looking at the stars — literally, not a joke; I’m not making this up. That’s what they told me in our conversation.”

Alejandro Mayorkas, Biden’s border chief, also attended the same naturalization ceremony for 21 individuals. Immigration “is what makes America great,” said Maytorkas in a tweeted dismissal of 285 million Americans. Mayorkas is an immigration zealot and is himself an immigrant who arrived from Cuba at age one.

Welcoming #NewUSCitizens at the @WhiteHouse: this is what makes America great. 🇺🇸 pic.twitter.com/x51tpBpr4q

In reality, 285 million Americans and their American culture make America great — and they are usefully aided by contributions from roughly 35 million legal immigrants and at least 12 million illegal migrants.

From the 1840s onward, waves of European immigrants flooded into the emerging industrial economy. Their manual labor helped provide a cornucopia of goods, including rivers of cheap autos from Detroit factories in the early 1900s. But public pressure forced Congress to sharply reduce migration in 1924.

After the doors were mostly closed in 1925, the population of immigrant Americans dropped from 14 million in 1920 to 9.6 million in 1970 — and Americans’ inventions, productivity, and wealth boomed during this low-migration period.

Americans enjoyed a massive rise in prosperity as a broad new middle class emerged from Americans’ industrial economy. Family income doubled between 1950 and 1970, according to the left-wing Center on Budget and Policy Priorities.

But after Congress reopened the doors for immigration, family income stalled, rising only one-quarter from 1980 to 2020.

Pro-migration groups began claiming in 1955 the United States was not a nation of settlers and pioneers but really was a “Nation of Immigrants.” They made that claim even though immigrants were only seven percent of the population in 1955, down from 15 percent in 1910.

Joe Biden was born in 1942 and spent his younger years in a nation with very few migrants.

During this 1965 to 1985 period, U.S. astronauts went to the Moon, American scientists developed the technology for the Internet, and Americans overwhelmed the Soviet Union.

A big jump in migration happened after President Ronald Reagan approved amnesty in 1986, helping to add 1.8 million legal immigrants in 1991.

But the real jump came after President George H.W. Bush worked with Sen. Ted Kennedy (D-MA) to double the annual inflow of migrants from 1990. Their 1990 law now delivers roughly one million legal immigrants each year, or roughly one immigrant for every four American births.

Immigration benefits the United States with a bigger economy of many consumers, workers, homeowners, and inventors. These immigrants collectively help expand the nation’s wealth stored in house prices, patents, and stock market funds.

Immigration also provides more taxes to federal tax collectors and delivers more poor people for government agencies to help. And it provides more civic chaos and diversity for politicians who promise solutions to the problems they help create.

Many polls show that the public’s quiet opposition to labor migration emerges whenever people are asked about the scale and economics of migration, such as the impact on housing prices in Los Angeles.

A wide variety of pollsters have shown deep and broad opposition to labor migration and the inflow of temporary contract workers into jobs sought by young U.S. graduates. This opposition is multiracial, cross-sex, non-racist, class-based, bipartisan, rational, persistent, and recognizes the solidarity Americans owe to each other. 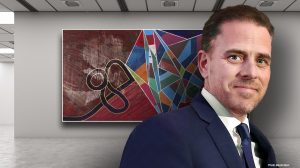 Trump Celebrates ‘Beyond Incredible’ News from Georgia: ‘The Hand Recount Was Wrong by 60%’ 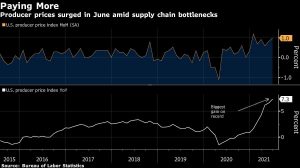