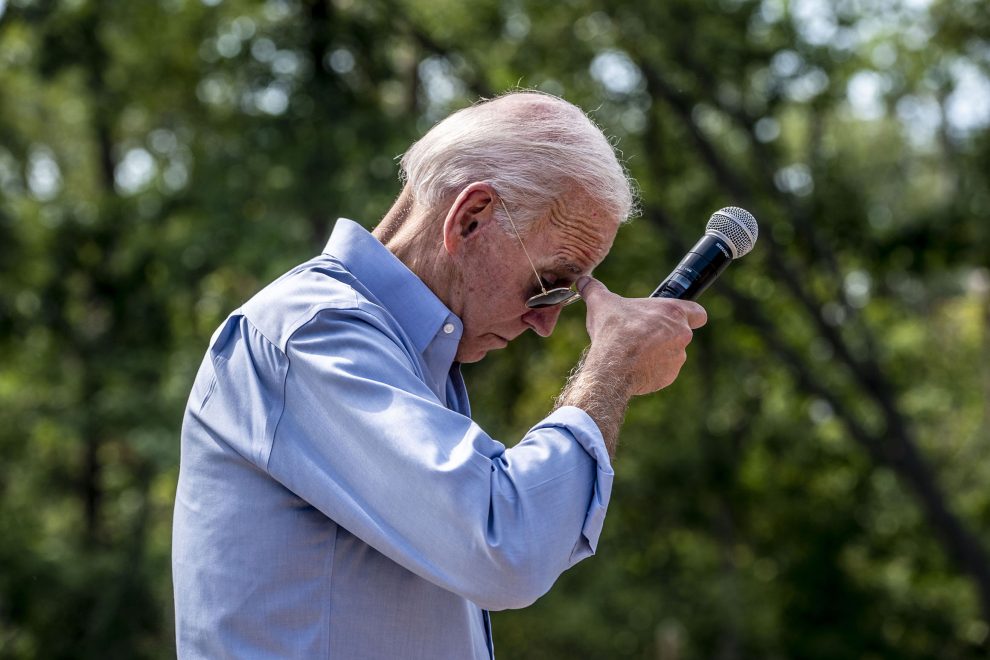 President Joe Biden tested positive for coronavirus on Thursday morning, the White House revealed, just hours after returning from a trip to Massachusetts.

The White House said Biden, age 79, is only experiencing “very mild symptoms” and is fully vaccinated and boosted with four shots of the Pfizer coronavirus vaccine.

The president’s last negative coronavirus test was Tuesday, the White House revealed, indicating it is possible he was positive during his trip to Massachusetts on Wednesday.

Biden was not seen wearing a mask in public during his trip, as he met and traveled with Massachusetts officials to deliver a speech warning of the dangers of climate change. He also spent time shaking hands and greeting Democrat officials and supporters after his speech.

On Saturday evening, the president returned from travel in the Middle East, which included visits to Saudi Arabia and Israel where he personally greeted public officials and did not wear a mask in public settings. On Tuesday, Biden met with the first lady of Ukraine Olena Zelenska at the White House.

White House doctor Dr. Kevin O’Connor revealed in a letter that Biden has a runny nose, a cough, and is experiencing “fatigue” and that his symptoms began “yesterday evening.”

Biden will undergo treatment of the antiviral therapy treatment Paxlovid, according to the White House, as he recovers from the virus.

Officials stressed Biden would continue to hold meetings at the White House via phone and video conferencing through Zoom, despite his illness.

Biden was scheduled to leave for a trip to Pennsylvania on Thursday where he planned to deliver a speech about crime and gun control and participate in a fundraiser later Thursday evening before traveling to his home in Delaware. Those events have been canceled.

The president will “continue to work in isolation until he tests negative” the White House said.

Officials said that Vice President Kamala Harris tested negative for the virus although she was last with the president on Tuesday. The vice president is expected to keep her public schedule and wear a mask, officials added.

Although First Lady Jill Biden is considered a close contact of the president, she tested negative for the virus and will travel to Detroit and Georgia for her previously scheduled events according to reports. Aides to the First Lady said she would wear a mask and continue to social distance out of safety.

She spoke to reporters briefly Thursday morning about her husband’s condition.

Jill Biden will spend the weekend in Delaware, the first lady’s office confirmed, leaving the president at the White House by himself.

“They’ve got a problem,” he told reporters after returning from his trip Wednesday evening.

.@POTUS speaks to members of the media after stepping off Air Force One at Joint Base Andrews, Md, following a trip to Somerset, MA. pic.twitter.com/7Ifmjf4Sto

“It’s not in their interest or the public’s interest not to get vaccinated,” he continued. “We have the capacity to control it. They should get vaccinated now.”