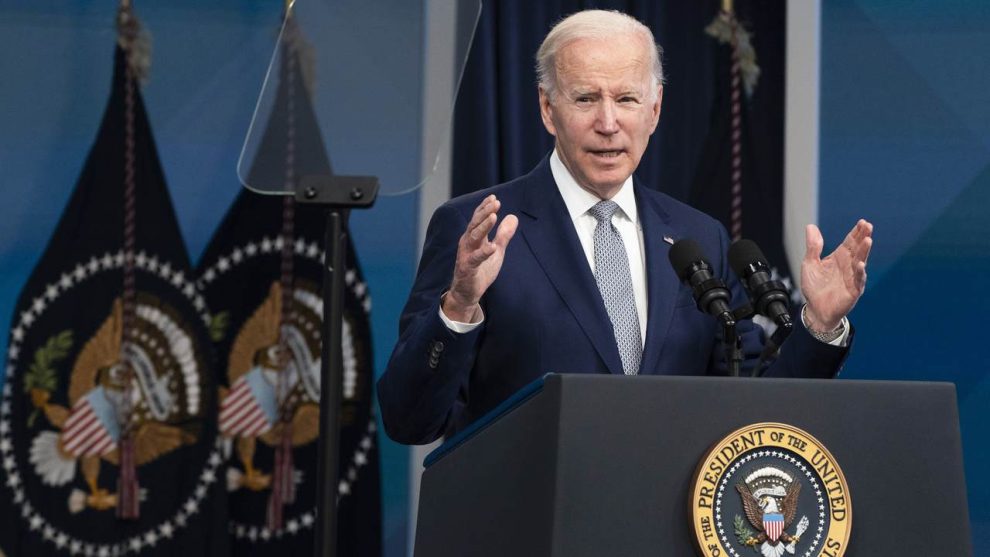 President Joe Biden got angry during a speech to unions on Wednesday, yelling about the long lines of people trying to get food during the coronavirus pandemic.

“Remember those long lines you’d see in a television and people lining up in all kinds of vehicles just to get a box of food in their trunk? How quickly they forget people were hurting,” Biden said, raising his voice.

He got angry at the Republican Party, accusing them of not caring about Americans who were still struggling.

“And what did the MAGA crowd want to do? Forget it. Forget it,” Biden said.

The president spoke about his political opponents at the International Brotherhood of Electrical Workers International Convention in Chicago.

“God this is the United States of America!” Biden continued. “The idea that people would have to wait in line an hour, an hour and a half to get a box of food in their trunk, just unbelievable.”

The president frequently recalls seeing footage of food lines in America during the coronavirus pandemic, as schools were distributing free food to people in the community.

He blamed President Donald Trump for increasing the budget deficit.

“Under my predecessor, the great MAGA king, the deficit increased every year as president,” Biden said.

The president claimed Republicans were “dead wrong” for blaming him for inflation and defended the over $3 trillion in government spending in his first year as president.

Biden did not mention his own policies that helped create record-high inflation, proposing that more government spending would actually help lower inflation.

“I’ve got a plan to lower the costs for everyday things that make most people who work to have who need and that would fundamentally change the standard of living if we made things more affordable,” he said.