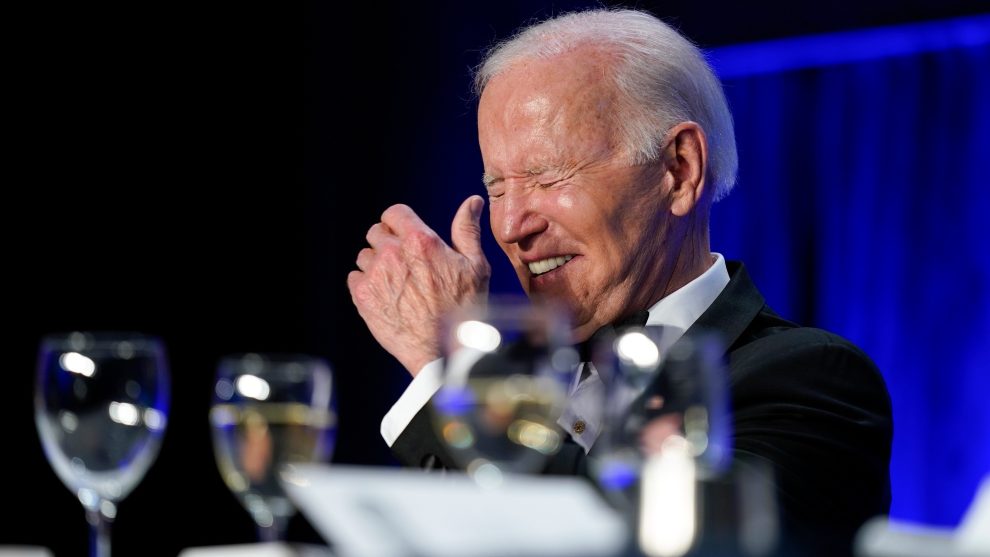 As RedState reported, the annual White House Correspondents’ Dinner took place on Saturday evening. In one of the nation’s most grotesque events, supposedly unbiased journalists gather to cosplay as Hollywood stars and give each other awards for partisan reporting.

That Donald Trump never attended so they could attempt to further destroy him constantly irked them. For decades, Republicans had shown up dutifully to play the game of a crowd that hated them, and Joe Biden bringing back the return of a president in attendance filled their hearts with joy.

Of course, the supposed highlight of the evening is the roasting, and Biden did take some hits. But, it was his response that showed just how truly out of touch he is.

“Since you’ve come into office, things are really looking up. Gas is up, rent is up, food is up! Everything!”

Isn’t that hilarious? Yeah, you are paying $4 a gallon for gas, inflation is nearly 10 percent, and you’ve had to cancel your vacation this year. But, the president is having a good time, and that’s what really matters here.

What an awful optic. I get that it’s a roast, but there’s a better way to respond than laughing hysterically and clapping like a seal to the very real suffering of Americans. Smile and shake your head or wave the joke off. But, pretending as if it’s actually funny is a bad look, if there ever was one.

It gets worse, though. Afghanistan was brought up, and the president had another gut-busting moment.

13 American troops died. Hundreds of Americans stranded behind enemy lines. No one in the Biden Administration held accountable. And they use it as a punchline. https://t.co/F90VvqFzYH

Thirteen dead Americans, thousands of dead Afghans, and millions of women are now in slavery, but the smart set thinks that’s something to joke about. Imagine a joke like this being made about 9/11 the year after it happened, because that’s the equivalent here. I realize Afghans are distant figures, but they are human beings. What happened to them and is happening to them isn’t funny. It’s disgusting what the administration did, and to make it a punchline is gross.

Here’s the thing with Biden. His entire presidency is one big joke. I’ve noted before that he has zero sense of timing and clearly taking note of his failures seriously. When he showed up at NATO, as Russia was beginning to invade Ukraine, he treated it like a red carpet walk. Nothing matters to this guy, and I’m not even sure he has the mental capacity to give more than he’s giving.

Regardless, none of this will be forgotten. You can expect to see some of these clips from the dinner in campaign ads going into November. Biden and his party deserve everything that’s coming.