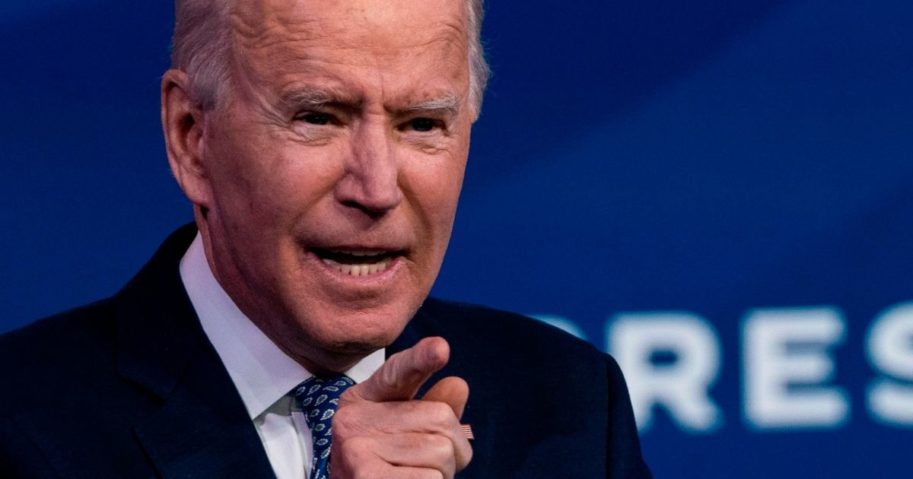 Presumptive President-elect Joe Biden was slightly less than coherent in his words but utterly clear in his meaning when he dodged a question about his son, Hunter, during a Tuesday news conference.

Hunter Biden’s dealings in Ukraine, where he was on the board of the energy company Burisma Holdings, and China, where he has been linked to business people allied with the Communist Party, have been subject to allegations that he used his father’s standing as vice president, and later former vice president, to enrich himself and his family.

This fall, the New York Post reported on a trove of emails found on a laptop once used by Hunter Biden that raised questions about the extent to which he traded on his father’s influence in his foreign dealings.

The U.S. Attorney’s Office in Delaware is now investigating Hunter Biden in what he described as a tax matter. According to Politico, however, “investigators in Delaware and Washington were also probing potential money laundering and Hunter Biden’s foreign ties.”

Hunter Biden says the U.S. Attorney’s Office in Delaware advised his legal counsel yesterday that they are investigating his tax affairs. pic.twitter.com/rYDWCpWgka

So Hunter Biden was on the mind of at least a few reporters when his father met the media Tuesday in Wilmington, Delaware.

“Has the issue of investigations with your son come up with your team and with candidates about attorney general?” a reporter asked Joe Biden, according to Fox News.

“No, no I guarantee you I’m going to do what I said,” Biden said. “The attorney general of the United States of America is not the president’s lawyer. I will appoint someone I expect to enforce the law as the law is written, not guided by me.”

Then came a question from Peter Doocy of Fox News about whether Biden still thought stories about the contents of the laptop computer were “Russian disinformation.”

“Yes, yes, yes. God love ya, man. You are a one-horse pony. I tell ya. Thank you. thank you,” Biden said. “I promise you my Justice Department will be totally on its own making its judgments about how they should proceed.”

"God love you, man. You're a one-horse pony" — Biden to @pdoocy of Fox News as Doocy asks him about Hunter Biden while he walks off the stage pic.twitter.com/GfF6ZsRL21

The addition to the corral of Biden-isms left many wondering about Biden.

#OneHorsePony @Joebiden America wonders what goes on in his mind? asking for @APA https://t.co/9NizIIMaGU

Also on Tuesday, Republican Sen. Lindsey Graham of South Carolina responded to past comments from Biden expressing his disappointment with Graham’s insistence that Hunter Biden’s activities must be investigated.

“I like Joe Biden. I like Jill. This is not easy. Hunter Biden’s had all kinds of problems, but I can promise you that what I’m asking for needs to be done. We’re not going to give the Democrats a pass,” Graham said on Fox News’ “Fox & Friends,” according to Mediaite.

“What happened here is that Hunter Biden took advantage of his position of being the vice president’s son. I’m disappointed that Joe Biden let this happen. He obviously is pretty much clueless. He says he didn’t know that Hunter Biden was on Burisma’s board, the most corrupt gas company in the Ukraine, when Joe Biden was in charge of dealing with corruption.”

“He has a lot to answer for,” the senator said. “It’s not personal. It breaks my heart that this happened.” 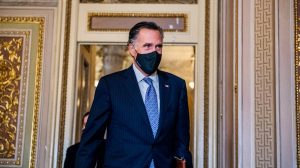 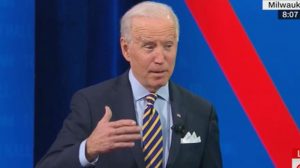 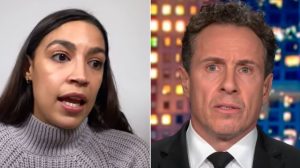 CNN Hosts Go to Bat for AOC After Capitol Riot Story: ‘It Doesn’t Have to Be Real’