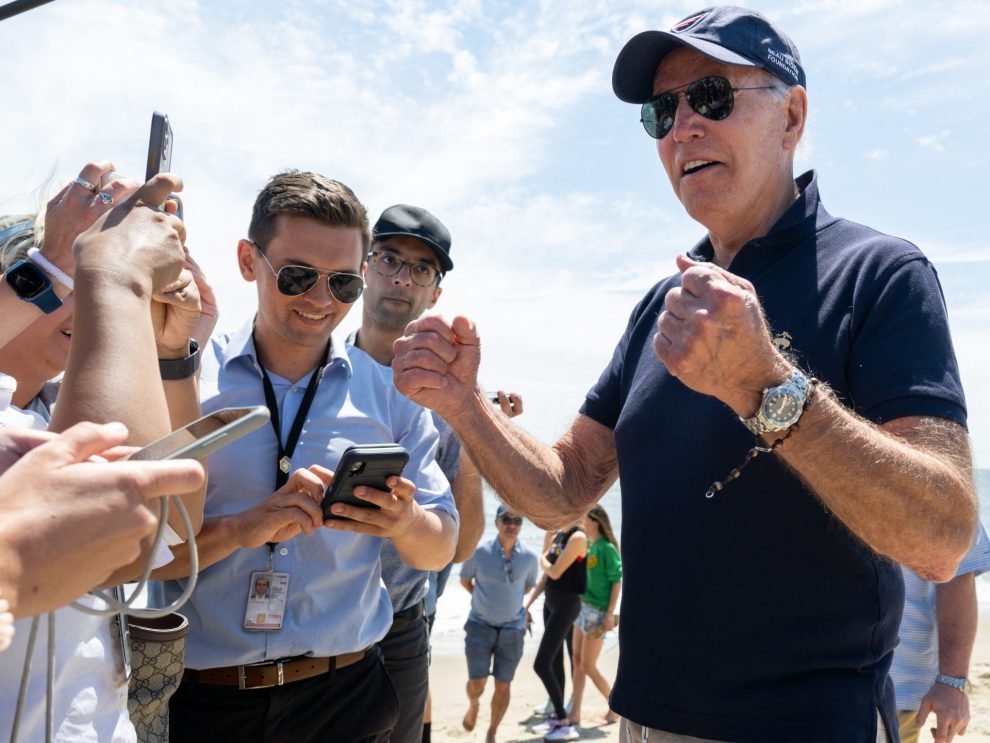 President Joe Biden snapped at a reporter Monday after she asked about fears of an economic recession.

The president spoke to reporters on the beach on Monday morning as he spent time with his family for the Juneteenth holiday.

One reporter asked about a growing number of economists voicing concerns that a recession was more likely than ever.

“Not the majority of them aren’t saying that, c’mon, don’t make things up, ok?” He snapped. “Now you sound like a Republican politician.”

Biden stressed that a recession was not inevitable, echoing his administration’s talking points on the issue.

“All kidding aside, I don’t think it is, I was talking to Larry Summers this morning,” he said. “There’s nothing inevitable about a recession.”

Economists at Nomura Holdings Inc predicted the economy would fall into a mild recession by the end of the year, as the Federal Reserve is raising interest rates to combat record-high inflation.

The president pivoted to the importance of reducing the cost of insulin, saying he felt he could move forward on the issue.

“Here’s what I think, we’re going to be able to get a change in Medicare in a reduction in the cost of insulin,” he said.

Biden also stressed he wanted to raise taxes on the wealthy, claiming that “Trump’s tax cut” was “inflationary.”

“Going out and buying the yacht doesn’t help the economy that much,” he said.