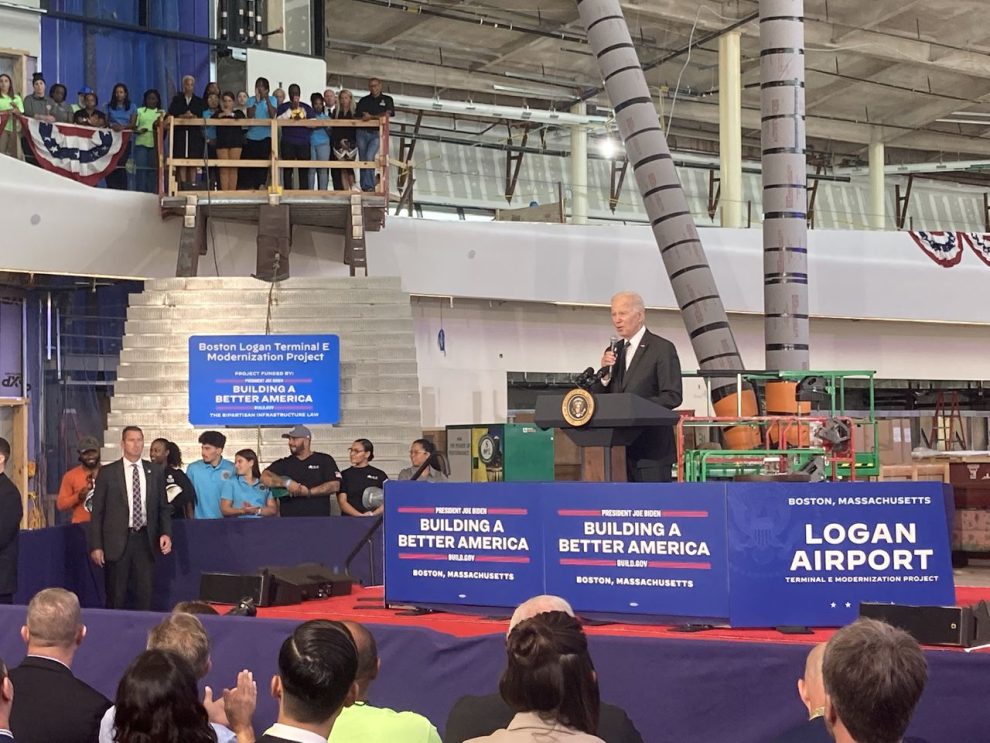 President Joe Biden expressed frustration about the state of American airports on Monday, even though he made funding for trains a greater priority in his infrastructure bill.

“America invented modern aviation, but we’ve allowed our airports to lag behind our competitors’,” Biden said.

The president spoke about airports during a visit to Logan International Airport in Boston to promote more government infrastructure spending.

He griped that the United States did not have any airports listed as the best in the world.

“Today, not a single solitary American airport, not one, ranks in the top 25 of the world,” he said, before growing angry.

“What in the hell’s the matter with us?!” he shouted.

Biden recalled visiting LaGuardia airport in New York City when he was the vice president and seeing a broken escalator.

“There was an escalator, this is God’s truth, going up to the gates, and it said, quote ‘Out of order, will be fixed in two months,’” he said, expressing disgust that international passengers could see signs like that while traveling.

“All the international passengers flying through LaGuardia, taking a look,” he said. (LaGuardia airport is not an international airport)

“We wonder why folks in China and others think we’re a spent economy,” Biden said with disappointment. “I thought to myself, this is the United States of America.”

Biden stressed that airports were important for developing commerce and security.

“Folks we gotta remember who the hell we are. I’m not joking when I say this, we kind of forgot,” he said. “We’re the United States of America.”

He also complained that airport traffic jams were not only frustrating for pilots and passengers but bad for the environment, as idling planes contribute to air pollution.

“This is the United States of America for God’s sake … this is not what we should be doing,” Biden exclaimed.

But Biden’s infrastructure investment priorities don’t match the rhetoric he deployed in Boston, making it unlikely that any major progress will be made on boosting airports to the best in the world.

The bill allocated $25 billion for spending on airport improvements, but allotted even more on passenger rail.

Biden’s infrastructure bill spends a whopping $66 billion in rail funding, most of it directed toward Amtrak.

The president repeatedly reminded the audience that they were in the United States of America and that anything was possible.

“It’s about time to come back home and remember who the hell we are,” he said.