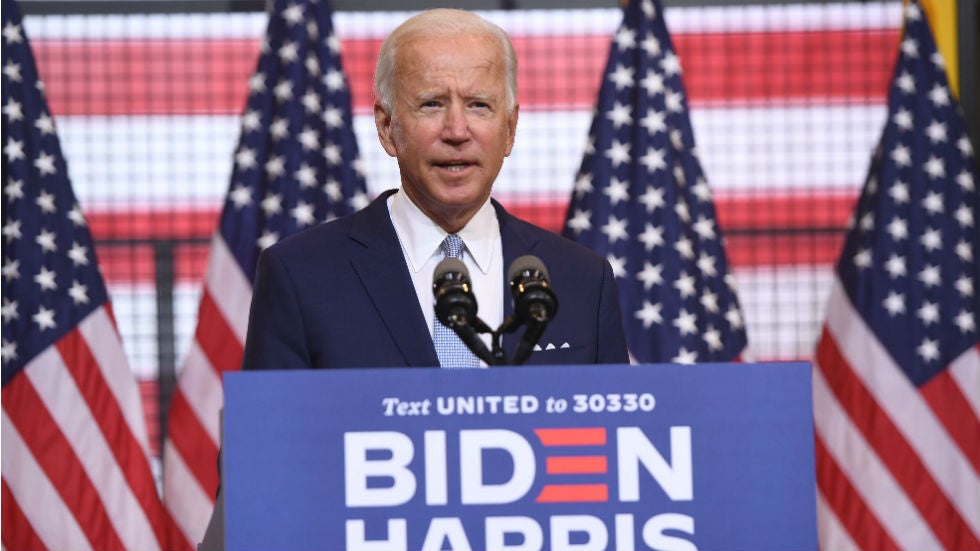 Democrats have spent half-year convincing themselves that the Jan. 6 Capitol incursion was the worst moment in American history, and on Tuesday, President Joe Biden lowered himself to equating conservative Americans to slave owners.

Biden was speaking at the National Constitution Center in Philadelphia about Democratic efforts to federalize elections and to stop states from asking people to prove who they are before they cast ballots. While speaking, he attacked voting integrity laws and compared people who no longer trust the untrustworthy battleground state election systems, such as the one in Pennsylvania, to slaveholders.

“Confederates back then never breached the Capitol as insurrectionists did on Jan. 6.”

Biden says Trump supporters are worse than slave-owning Confederates: "We are facing the most significant test of our democracy since the Civil War. That's not hyperbole…The Confederates back then never breached the Capitol as insurrectionists did"

Generally, before people make outrageous claims while relying on extreme claims, they caution they aren’t engaging in hyperbole. Biden is of course the king of hyperbolic statements, half-truths and whole lies.

After engaging in hyperbole, Biden attacked former President Donald Trump and all those who challenged the 2020 election results.

“The big lie is just that: a big lie,” Biden. “You don’t call facts ‘fake’ and then try to bring down the American experiment just because you’re unhappy. That’s not statesmanship, that’s selfishness. That’s not democracy, that’s the denial of the right to vote. It suppresses. It subjugates.”

Perhaps he should have a talk with Hillary Clinton, who attempted to convince voters that America’s elections are not secure when she said Russians helped Trump defeat her after 2016. Naturally, Clinton’s gripes were OK, as when a Democrat complains about an election outcome, their claims are given credence.

Stacey Abrams is proof of that. Abrams is still front-and-center in Democratic politics after claiming she was cheated out of the 2018 Georgia gubernatorial race. She and others cast doubt on election integrity, and Abrams continues to grift to this day.

If Democrats didn’t practice double standards, they’d have no standards at all, of course.

We could see where the rhetoric was headed by the evening of Jan. 6. It would lead to a place where all people who questioned the notion that Biden received more votes than any candidate in history would be marginalized.

On Jan. 6, a relatively small group of people who were concerned about ballot integrity, election security and government transparency showed up to protest in Washington. It was mostly peaceful. Sadly, some of them engaged in behavior we generally see as acceptable by those on the left.

Was it worse than the Civil War, Pearl Harbor or 9/11? No, it wasn’t. But Democrats signaled in the hours after the Capitol was cleared that the event would be used to demonstrate that tens of millions of conservatives were essentially domestic terrorists.

The “Big Lie” in fact is that Democrats care about a fair democratic process. The party undermined election integrity by using a national health emergency all of last year as a pretext to send out millions of unsolicited and unsecured mail-in ballots — leading to a breakdown in trust in the system.

The lie is that Democrats right now are not pushing the so-called For the People Act to ensure all future elections look like the last one. Democrats want to create confusion around every election from now on, and before they do it, they need to brand their opposition as subhuman — thus the comments equating pro-ballot integrity activism to Confederate aggression.

Not to minimize the Capitol incursion as nothing, as it was a dark day in our history, but essentially what occurred on Jan. 6 was that people entered a building that is the house of the people, and most of them stood around for a while and then left.

A few miscreants damaged property and stole items from members of Congress. Biden’s statements portraying conservatives who were and are worried about secure elections as slave owners is peak hyperbole.

It was a big lie told by a big liar.