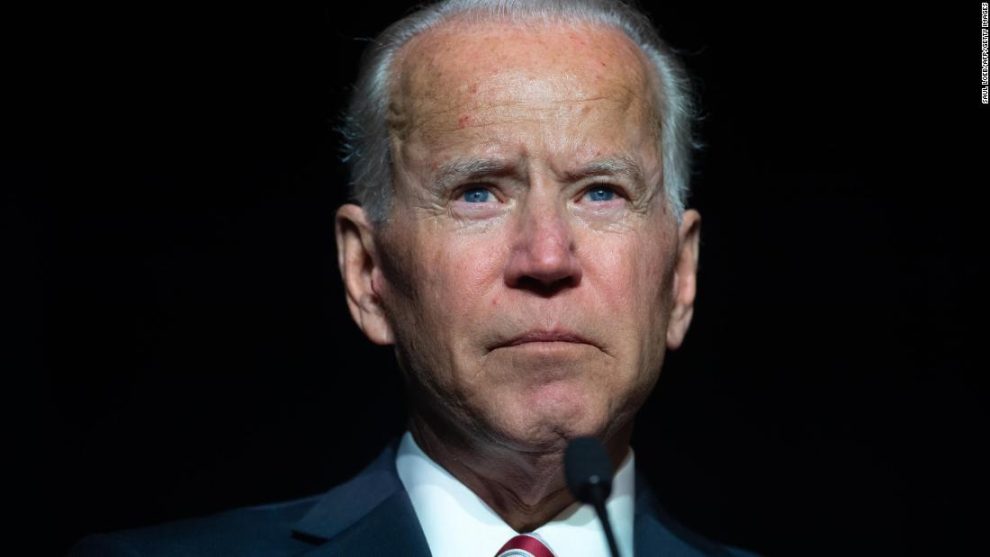 “It will take time to get inflation back to normal levels – and we could see setbacks along the way – but we will keep at it and help families with the cost of living,” Biden said in a statement.

The Labor Department’s consumer price index rose by 0.4 percent from September. The Consumer Price Index (CPI) is up 7.7 percent year-over-year.

Food prices at home rose 0.4 percent in October, which is lower than the 0.7 rate in August and September but still rising.

Biden spun the news as positive, declaring the it was “a much-needed break in inflation at the grocery store as we head into the holidays.”

He urged patience, declaring that “we are seeing progress in getting inflation under control.”

Biden’s message was starkly different than the one he sent Americans last year when he said that inflation was only “temporary.”

The president was more cautious about his ability to lower inflation during a press conference on Wednesday at the White House.

“What I can’t do is I can’t guarantee that we’re going to be able to get rid of inflation, but I do think we can,” he said.

Biden proposed as a solution more government programs to help pay for monthly costs experienced by Americans and said it would take time before his existing proposals to deal with inflation started to kick in.

“We’re driving down all of those costs,” he said. “And we’ve already passed the legislation to do that; it’s just taking effect.”