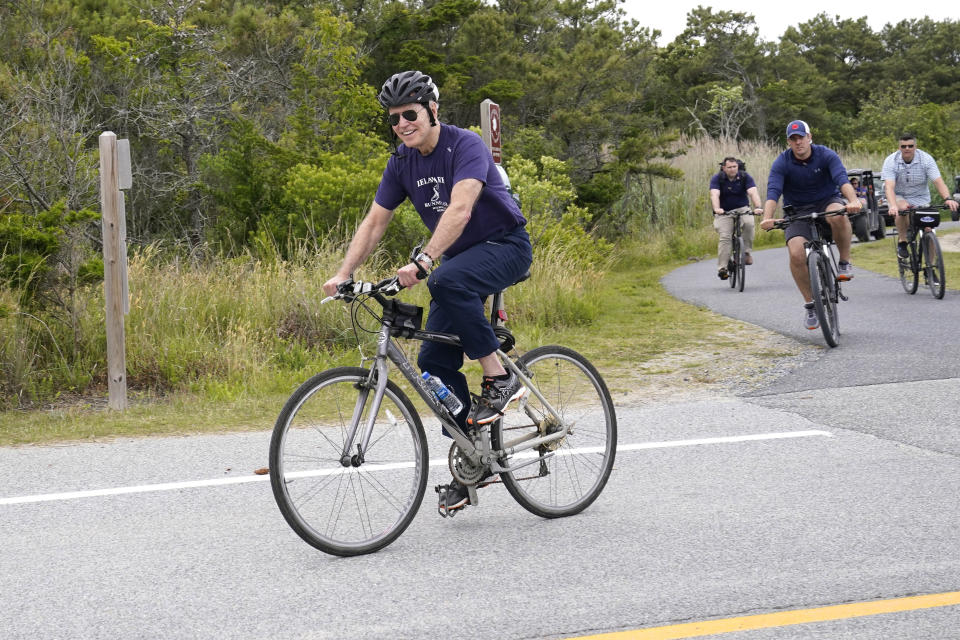 President Joe Biden rode his bike in front of reporters again on Sunday, this time peddling along the beachfront in front of media cameras on Kiawah Island, South Carolina.

The president, wearing a polo and shorts, rode along the beach front, stopping to visit with some families and children and take selfies with supporters.

Biden was surrounded by Secret Service agents who also rode bikes around him as he slowly pedaled across the sand.

Although he appeared in front of media cameras he did not stop to take questions.

When reporters asked him if he would talk to them, he replied, “No.”

“Gotta go get your bathing suits,” he replied as he rode by, presumably speaking to reporters.

Reporters: “Will you come talk to us?”

He told us we should get our bathing suits pic.twitter.com/KGTK7y6G56

He added that he was enjoying his summer break but was also “on the phone a lot.”

The president has refused to take questions from reporters for several days and still has not publicly reacted to the FBI raid of former President Donald Trump’s home at Mar-a-Lago.

The White House repeatedly insists the president had no prior knowledge of the raid and learned about it on the news, just like every other American.

Biden plans to continue his vacation on Kiawah Island next week before he returns to the White House.