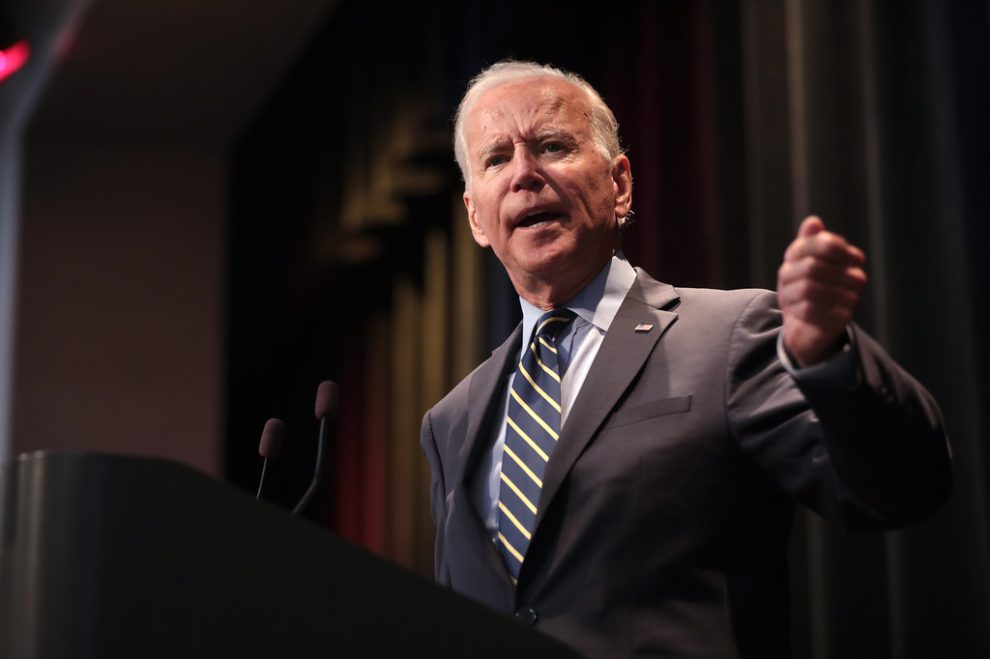 President Joe Biden told a climate activist on Sunday he would not allow any new drilling in the United States, just days after he complained that oil companies are not drilling enough.

“No more drilling. There is no more drilling,” Biden said, speaking to a climate activist as he finished up a rally in New York for Gov. Kathy Hochul (D-NY). “I haven’t formed any new drilling.”

A young woman standing front and center held up a sign protesting Biden for allowing drilling on federal lands.

The activist responded to Biden by noting there is still offshore drilling in the Antarctic and off of the Gulf of Mexico.

“That was before I was president,” Biden said. “We’re trying to work on that — get that done.”

Biden’s comment to the climate activist differed from his statements on Wednesday when he blamed oil companies for not drilling enough.

“We haven’t slowed them down at all. They should be drilling more than they’re doing now,” he said at a rally in New Mexico. “If they were drilling more, we’d have more relief at the pump.”

As Biden stood with Hochul and raised his arms, he mouthed to his staff, asking them to get the woman’s name.

He then walked over to her directly and spoke with her for a few minutes, presumably about his climate policies before working the rest of the crowd.

Biden’s rally in New York was interrupted two other times by protesters who were escorted out to the audience.

Some of his supporters chanted to drown out the protesters but were silenced by the president.

Biden also stumbled over something on the stage as he walked around speaking into a microphone.

“Whoop stepping on a… it’s black, anyway,” he said before continuing his speech.

At another point in the rally, a person fainted prompting people in the crowd to interrupt the president’s speech to call for help.

“OK, I got it, I got it!” Biden said, pausing for medical assistance to get to the affected person.

The president is rallying with Hochul as polls show Rep. Lee Zeldin (R-NY) increasingly gaining support in the polls because of his positions on issues like crime.