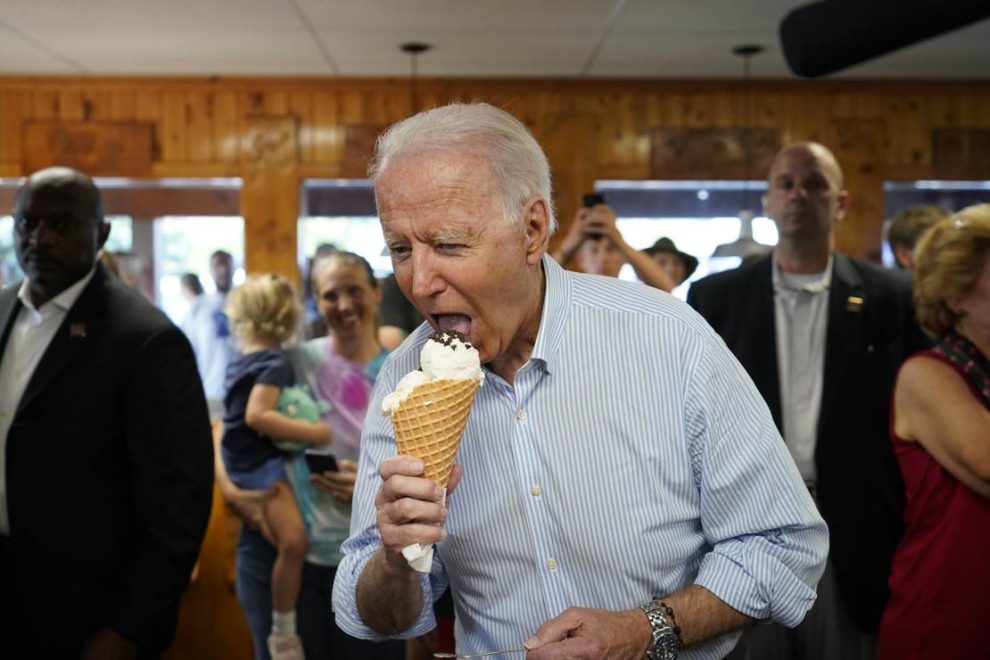 Sunday, the 60 Minutes interview of Joe Biden by Scott Pelley aired. My colleague, Bob Hoge, did a post on the news item released as part of the press packet, see Biden Warns Putin Against Use of Nukes: ‘Don’t. Don’t. Don’t.’. There Biden warns Russian autocrat Vladimir Putin about using chemical or tactical nuclear weapons to stave off his abject defeat in Ukraine. The real news we see tonight took place later in the interview. The whole interview is below if you are of the mind to view it.

“What should Chinese President Xi know about your commitment to Taiwan?” Pelley asked the president.

“We agree with what we signed onto a long time ago,” the president said. “And that there’s one China policy, and Taiwan makes their own judgments about their independence. We are not moving– we’re not encouraging their being independent. We’re not– that– that’s their decision.”

“But would U.S. forces defend the island?” Pelley asked.

“Yes, if in fact there was an unprecedented attack,” Mr. Biden said.

“So unlike Ukraine, to be clear, sir,” Pelley said, “U.S. forces, U.S. men and women would defend Taiwan in the event of a Chinese invasion?”

This isn’t the first time Biden has said the US will defend China, for instance, in this May 23, 2022 statement. However, as far as I can tell, this is the first time that any US president has pledged US military personnel to defend the Republic of China.

Why does this matter?

Our policy regarding Taiwan is built on “strategic ambiguity.” (See the excellent The Economist primer on how we got here). The idea is that we won’t support Taiwanese independence, but we will sell them weapons. China is free to continue its fiction that Taiwan is just a rebellious province. It is allowed some bullying of Taiwan, but there has been an unstated threat that a direct invasion would risk US aid of some kind.

Personally, I think we made a typical, Kissingeresque, big-brain-thinker blunder when we gave diplomatic recognition to the Chicoms and downgraded diplomatic relations with Taiwan on the assumption that we could turn China into a counterweight against the USSR. I think the history of “strategic ambiguity” is a stinking wasteland of dead men, women, and children created by politicians who were not quite sure what the other side’s “red lines” were.

The best you can say about Joe Biden is that on a good day, he’s a f***ing doofus. That was before he slid into dementia. No one outside his circle of caregivers knows who is calling the shots on US policy, certainly not Vladimir Putin or Xi Jinping. It is doubtful that Joe Biden even comprehends what he’s saying because at least twice, today and on May 23, he has claimed US policy requires us to defend Taiwan. It doesn’t.

The White House assured 60 Minutes that US policy had not changed, but it is hard to see Hunter Biden’s business partners seeing the statement the same way.