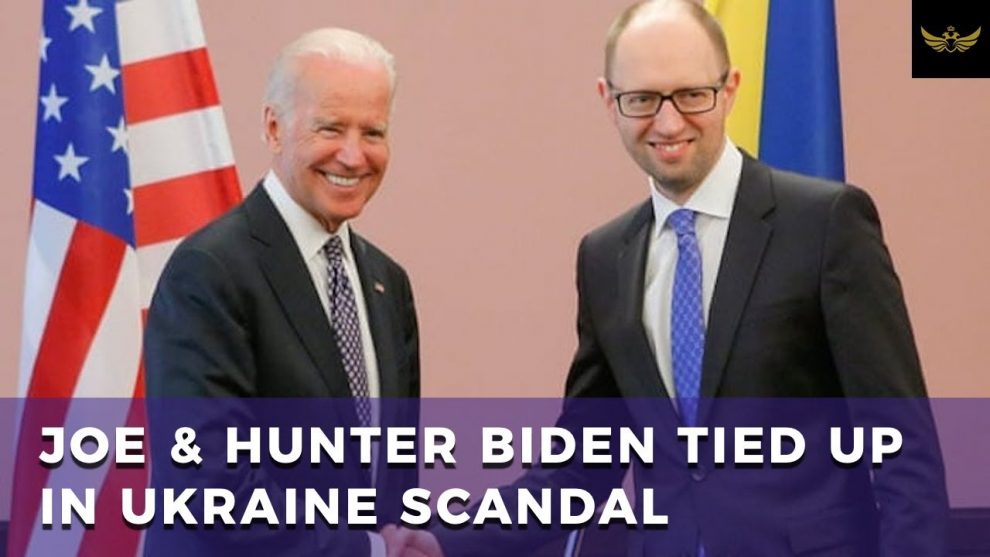 Former Vice President Joe Biden denied Monday that his son Hunter Biden asked him for a favor in Ukraine while serving on the energy board of a Ukrainian energy company.

“We never once discussed it when he was there,” Biden told the Associated Press. “There’s not a single bit of evidence that’s been shown in any reporting that’s been done that he ever talked about it with me or asked any government official for a favor.”

When he was vice president, Joe Biden threatened to withhold $1 billion in loan guarantees for Ukraine if officials did not fire the country’s top prosecutor, who was pursuing a corruption investigation of an energy company while his son Hunter was serving on the board.

The connection was revealed in author Peter Schweizer’s best-selling book Secret Empires,and the reporting was confirmed in the New York Times.

Hunter Biden was paid as much as $50,000 per month while serving on the board, as his father led the Obama administration’s policy with Ukraine.

Biden’s “not a single bit of evidence” defense echoes former Secretary of State Hillary Clinton’s repeated assertion that there was no evidence of improper paybacks after she approved the Uranium One deal — despite receiving $145 million in pledges and donations for the Clinton Foundation.

Biden’s Ukraine connection made recent headlines after President Donald Trump’s personal attorney suggested he would travel to Ukraine to investigate the issue before ultimately deciding against it.

Biden criticized Giuliani for even considering the idea.

“I can’t remember any lawyer representing the president, conferring with the president, deciding to go overseas, where a government relies on U.S. largesse to try to get them to do something that everybody knows never happened,” Biden said during an interview with WMUR.

In the same interview, he also pointed to the reporting surrounding the conflict of interest.

AG Merrick Garland Sics FBI on Anti-CRT Parents The Left Is Evil – And Liberals Keep Voting For Them Maxine Waters Celebrates Radical Abortion Bill: ‘Governor Abbott, This One’s for You!’

In his interview with the Associated Press, Biden defended his son’s role on the board.

“I have great confidence in my son,” he said. “He’s a man of great integrity.”