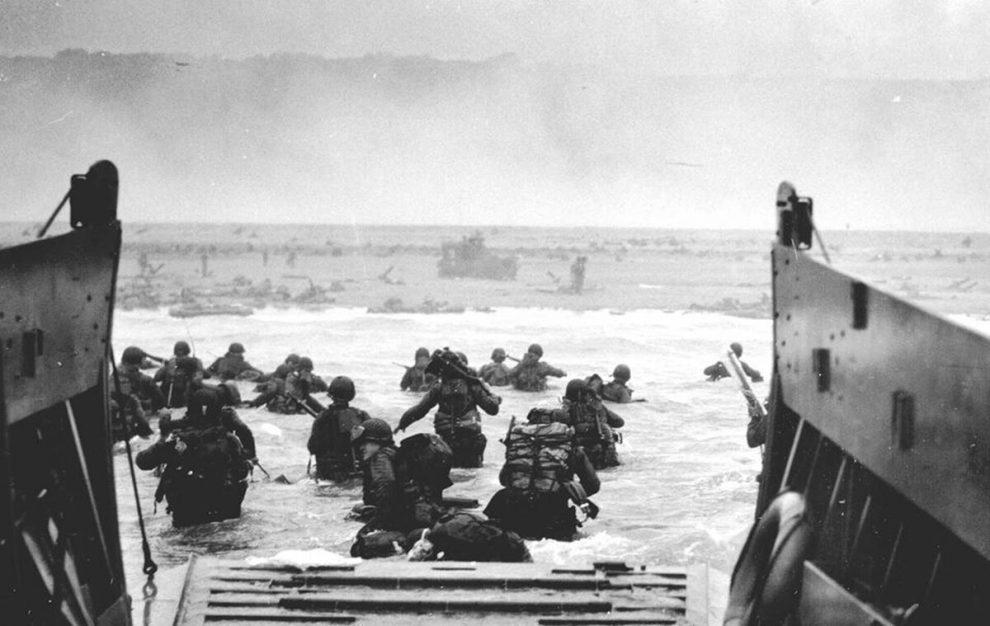 President Joe Biden tweeted a video Sunday of his meeting last week with survivors of the Tulsa Race Massacre, but did not mention that June 6 was also the anniversary of D-Day, the U.S-led invasion of Normandy in the Second World War.

Biden, who appeared to confuse D-Day with Pearl Harbor Day last year on the campaign trail, tweeted: “I met with survivors of the Tulsa Massacre this week to help fill the silence. Because in silence, wounds deepen. And, as painful as it is, only in remembrance do wounds heal.”

He shared a video produced by the White House in which he emphasized the need to tell the truth about America’s past sins: “You can’t pretend it didn’t happen. … It can happen again,” he said.

I met with survivors of the Tulsa Massacre this week to help fill the silence. Because in silence, wounds deepen. And, as painful as it is, only in remembrance do wounds heal. pic.twitter.com/0mLMRAhJiD

None of Biden’s Twitter accounts — @JoeBiden, @POTUS, @WhiteHouse — had commemorated D-Day by 6:30 p.m Eastern time. A search of the White House website also showed no statements.

On the 77th anniversary of #DDay, we honor the heroes who stormed the beaches of Normandy and liberated a continent. We will never forget their courage and sacrifice.

Biden’s own accounts, and the White House, did not retweet that message, though they retweet each other occasionally.

Then-candidate Biden remembered the day during the presidential campaign last year, but appeared not to do so in 2021:

Today, we honor those who answered duty’s call on June 6, 1944, on the beachheads of Normandy. We must be a living memorial to their bravery and sacrifice—and recognize always that our strength is rooted in our fervid and unfailing defense of democratic rights and freedoms. #DDay

Biden mentioned Normandy, site of the D-Day operation, twice in a speech at Arlington National Cemetery on Memorial Day, but did not specifically note D-Day, nor did he appear to mention it at any point on Sunday, the day’s anniversary.

For reference, President Donald Trump mentioned D-Day every year that he was in the White House:

Today we remember the courage and bravery of our troops that stormed the beaches of Normandy 73 years ago. #DDay pic.twitter.com/7cP7dylEJv

“Today we also mark another milestone, the 74th Anniversary of D-Day, the Allied invasion of Normandy… They gave their heart, their blood, and their very lives on those beaches to drive out the enemy and strike a lasting victory for our country and for freedom." pic.twitter.com/ZxZJaLzw9Q

Just yards from Omaha Beach, President Trump paid tribute to the 160,000 American soldiers and Allied forces who stormed the beaches during D-Day—a moment that foretold the end of Nazi occupation in Europe and forever changed the course of history. #DDay75 https://t.co/A68ueVC88u pic.twitter.com/ijSB5k6lAQ

The heroes of D-Day were "moved by a force no weapon could destroy: the fierce patriotism of a free, proud, and sovereign people,” President Trump said. “They battled not for control and domination, but for liberty, democracy, and self-rule.” https://t.co/xb9E3Be3a3 pic.twitter.com/OmyRK3LvCQ

On June 6, 1944, our Greatest Generation bravely stormed the beaches of Normandy.

"Those who fought here won a future for our nation. They won the survival of our civilization. And they showed us the way to love, cherish, and defend our way of life for many centuries to come." pic.twitter.com/XbrWIkXFfl

President Barack Obama marked the occasion of D-Day several times, including during his first year in office in 2009.

Since taking office, Biden has emphasized the flaws in American history over the successes. Within hours of taking the oath of office, he had deleted the report of the 1776 Commission, which sought to restore the place of American values and heroes in public discourse and school curricula. (The report is still available at the website of Hillsdale College.) Biden has repeatedly emphasized the importance of “systemic racism” to understanding the United States and its history.

Throughout the 2020 campaign, Biden claimed, falsely, that President Trump had avoided a World War I military cemetery in Europe because he did not care about dead soldiers, and had supposedly called them “suckers” and “losers.”

On D-Day, American GIs led the liberation of Europe from Nazism and fascism as they landed on the coast of Normandy with British and Canadian allies. 156,000 troops stormed the beaches, carried in 5,000 ships and supported by 11,000 aircraft, facing a deadly rain of gunfire, artillery, and bombing from the Germans along the occupied French coast.

More than 4,000 Allied troops died, but the bravery of the troops secured the beachhead from which the war would be won.

The Tulsa Race Massacre occurred on May 31-June 1, 1921. As many as 300 black Americans were killed by white vigilantes, who attacked and burned the Greenwood District, a prosperous area known as the “Black Wall Street.”

Update: First Lady Dr. Jill Biden tweeted about D-Day, but her husband, the President of the United States, did not.

77 years ago, families gathered around radios and heard FDR pray for a “peace that will let all of men live in freedom, reaping the just rewards of their honest toil.” Let us never forget those who fought, their families, or sacrifices, and let us always pray for peace. #DDay