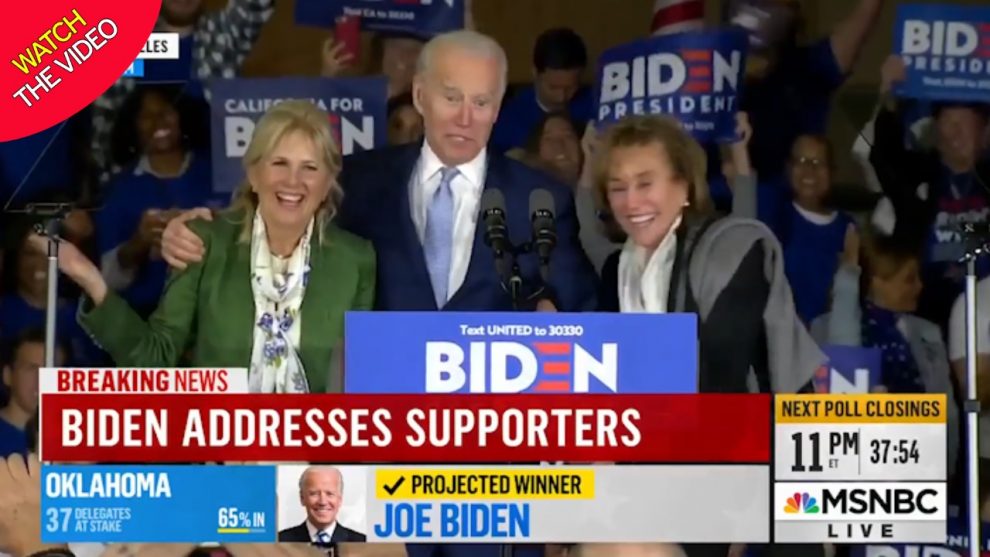 Former Vice President Joe Biden (D) confused his wife, former second lady Dr. Jill Biden, for his sister, Valerie, in his Super Tuesday speech in Los Angeles, California. The incident is one of several gaffes that the former vice president has made in recent weeks.

“It’s a good night and it seems to be getting even better,” Biden, 77, began in his remarks to a raucous crowd of supporters. “They don’t call it Super Tuesday for nothing.”

Biden then grabbed his wife’s hand and introduced her as his sister, saying “this is my little sister Valerie and I’m Jill’s husband.” After realizing the two were on opposite sides, he acknowledged the embarrassing mix up.

The gaffe comes after Biden screwed up a quote from the Declaration of Independence during a speech in Texas on Monday. Moments later, the White House candidate urged his supporters to vote for him on “Super Thursday.” Last week, Biden mistakenly declared himself a candidate for the Senate admitted that he was never arrested in South Africa while visiting Nelson Mandela in South Africa in the 1970s.

Sanders should secure a win in his home state of Vermont which Vermont carries 16 pledged delegates as well as Colorado which holds 67.

Former New York City Mike Bloomberg secured a win in the territory of American Somoa, which has six delegates.

They’re eight of the 14 states and one U.S. territory that headed to the polls Tuesday in races that will help choose the Democratic nominee to face President Donald Trump in the November general election.