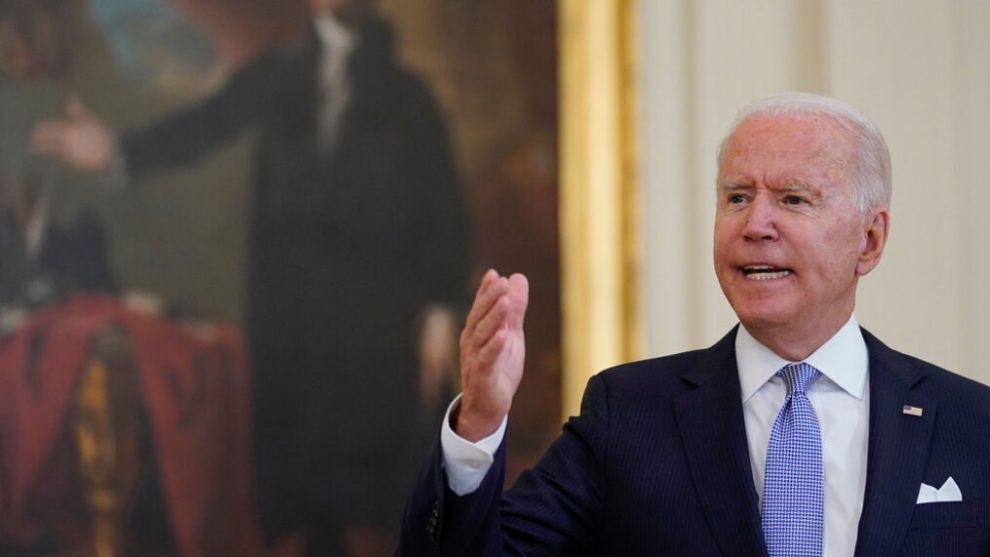 Joe Biden has lined up a fall guy for his inflation failures. Or maybe “fall gal” is the proper terminology? I wouldn’t want to misgender anyone.

Treasury Secretary Janet Yellen recently appeared in an interview, taking the distinct honor of being the first person in the Biden administration to admit they were “wrong” about inflation. Yellen laid out a litany of excuses, claiming she couldn’t have foreseen what was coming.

How true is that? We’ll discuss that in a moment, but first, here’s the clip.

.@SecYellen on inflation being transitory: "I was wrong then about the path that inflation would take. As I mentioned, there have been unanticipated and large shocks to the economy […] that I, at the time, didn't fully understand." https://t.co/AlrXn4kT0r pic.twitter.com/9tqxo0iA3B

Yellen goes so far as to admit that inflation is being driven by high gas prices and food costs, a sharp departure from the insulting narrative pushed by Biden himself that inflation is mostly about used car prices. She blames those woes on “unanticipated and large shocks to the economy,” including the supply chain, which is overseen by do-nothing Transportation Secretary Pete Buttigieg. Yellen also failed to blame Vladimir Putin, which may earn her a rebuke from inside the White House given that Russia is their excuse for everything.

Still, is it true that these “unanticipated and large shocks to the economy” were truly unanticipated? The simple answer is no, that’s not true at all. In fact, Larry Summers, former top Obama economic advisor, put out several warnings prior to the passage of the American Rescue Plan that the $2 trillion spending package would dump far too much “free” money into an already overheating economy.

Speaking on Bloomberg Television’s “Wall Street Week” on Friday, Summers outlined his predictions for the economy in light of the relief package.

“I think this is the least responsible macroeconomic policy we’ve had in the last 40 years,” Summers said.

Summers has been proven right many times over since he made those comments over a year ago. The American Rescue Plan did spike inflation, serving as the single biggest driver of the current crisis. And for what? So people could stay home from work a few extra months, schools could get billions of dollars they didn’t need, and special interests could be paid off? Was any of that worth all the extra cash you are now spending just to live your life?

In other words, Yellen claiming that the administration couldn’t have seen what was coming is blatantly false. That’s what makes the actions taken all the worse. They knew what was going to happen, but they saw an opportunity to “transform” the economy and took it. Never mind all the people that have been hurt and continue to be hurt along the way.

And while Yellen’s admission is welcomed, it’s also deeply cynical. While Yellen is the person overseeing the distribution of the money, it was Biden who signed the massive, idiotic spending bill. He is the one ultimately responsible here, but Yellen knows she can take the fall without any consequences. It’s yet more evidence of how deeply partisan she is.

Unfortunately, what’s done is done, and extremely late admissions of failure do nothing for those who have lost their shirt over the last year. Biden steered the economy off a cliff, and stagflation is here. The only way out is a whole lot of pain.